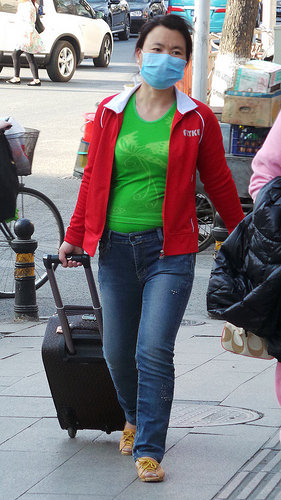 Photo Credit: People,Places & things I like.. via Compfight cc

India’s environment minister said on Monday the country could not have high economic growth and a rapid rise in carbon emissions now that the nation was the number three emitter after China and the United States. Jairam Ramesh’s comments come as negotiators from nearly 200 governments meet in the northern Chinese port city of Tianjin. The U.N. talks aim to reach agreement on what should follow the current phase of the Kyoto Protocol, the key treaty on climate change, which expires in 2012. Indian per-capita emissions are still low but demand for energy is rising as the middle-class buys more cars, TVs and better housing. Much of that energy comes from coal oil and gas, the main sources for planet-warming carbon dioxide.

But Ramesh said India’s rush for wealth could not come at the expense of the environment. Officials said his comments are the first time a government minister has said India has overtaken Russia as the third-largest source of greenhouse gas emissions.

“We will unilaterally, voluntarily, move on a low-carbon growth path. We can’t have 8-9 percent GDP growth and high-carbon growth,” Ramesh told reporters on the sidelines of a conference in the Nepalese capital. “It has to be low-carbon 8 percent, 9 percent growth and that is the objective that we have set for ourselves,” he said.

Poorer nations are now the largest source of greenhouse gas emissions and many big developing countries have taken steps to curb the growth of their emissions but say they won’t agree on absolute cuts, fearing this will hurt their economies. India weathered the global financial crisis better than most, and is setting its sights on economic growth of almost 10 percent over the coming years. Its economy currently grows at around 8.5 per cent.

“We are the third largest emitter of the greenhouse gases in the world … China is number one at 23 percent, the United States is second at about 22 percent and India is number three at about five percent.”

GREENER PATH
In India, any talk of a low-carbon economy was once seen as politically very risky, given the economic costs involved. But Prime Minister Manmohan Singh in January asked a panel to begin charting a path to a greener economy. The report is expected by the year-end. Although India has announced a new climate plan which identifies renewable energy, such as solar power, as a key element, coal remains the backbone of energy supply in a country where almost half the 1.1 billion population has no access to electricity.

“The gap between the second and the third (highest emitters) is very very high, but nevertheless we need to be conscious of our contribution,” Ramesh said.

The fraught U.N. talks have been hobbled by lack of trust between rich and poor nations over climate funds, demand for more transparency over emissions cut pledges and anger over the size of cuts offered by rich nations. The risk of the talks stalling is so great that the United Nations has stopped urging nations to commit to tougher pledges to curb carbon emissions, fearing further debate could derail already fraught talks on a more ambitious climate pact.

Energy efficiency to shine in 2010

Researchers Eye Better Use For Biomass Than Ethanol