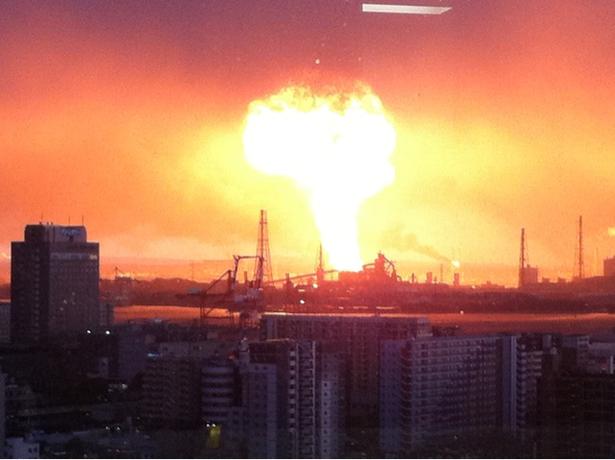 So far, [today’s] tsunami has mainly affected Japan—there are reports of up to 300 dead in the coastal city of Sendai—but future tsunamis could strike the U.S. and virtually any other coastal area of the world with equal or greater force, say scientists. In a little-heeded warning issued at a 2009 conference on the subject, experts outlined a range of mechanisms by which climate change could already be causing more earthquakes, tsunamis, and volcanic activity.

“When the ice is lost, the earth’s crust bounces back up again and that triggers earthquakes, which trigger submarine landslides, which cause tsunamis,” Bill McGuire, professor at University College London, told Reuters.

Melting ice masses change the pressures on the underlying earth, which can lead to earthquakes and tsunamis, but that’s just the beginning. Rising seas also change the balance of mass across earth’s surface, putting new strain on old earthquake faults, and may have been partly to blame for the devastating 2004 tsunami that struck Southeast Asia, according to experts from the China Meteorological Administration.

Even a simple change in the weather can dramatically affect the earth beneath our feet:

Scientists have known for some time that climate change affects not just the atmosphere and the oceans but also the Earth’s crust. These effects are not widely understood by the public.

“In the political community people are almost completely unaware of any geological aspects to climate change,” said McGuire.

This means a world in which we are warming the earth by pumping greenhouse gasses into the atmosphere at a pace that is unprecedented in Earth’s history is also a world in which the consequences of climate change could come hard and fast, including tsunamis and earthquakes.

Parts of the earth that are now rarely affected by tsunamis, such as northern coastal regions, could be hit by “glacial earthquakes,” in which glacier ice crashes to earth in massive landslides.

“Several high-latitude regions, such as Chile, New Zealand and Canadian Newfoundland are particularly at risk.”

It’s often difficult to visualize what climate change-related disasters might look like, but the images pouring out of Japan are yet another reminder of the specter of storm surges supercharged by more powerful weather and rising seas, and even climate-change caused tsunamis. (All of America’s coastal cities are vulnerable to these impacts—including, in this remarkable animation, New York City.) Right on the heels of Brisbane, Snowpocalypse, and Australia’s record dust storms, we have yet another reminder of what an Earth transformed by climate change could look like.

Wonder why climate bills stall in the Senate? Follow the money

Never mind what people believe—how can we change what they do?