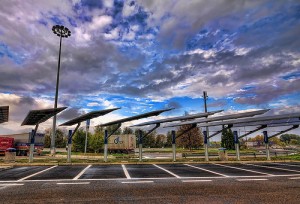 Photo Credit: neimon2 (too busy, sorry for my temporary silence) via Compfight cc

Now before the trolls come out, let me just note that 12.1 GW is max power (the output whose name you’d love to touch). The panels generated that much at one instant in time—when the sun was at its apex—but of course solar power production varies with the weather and the time of day. To find out how much energy those panels generated today in total, you’d have to calculate the area under that curve in the lower right hand corner. (Which, come to think of it, we should probably use as the CAPTCHA on the comment field on this post.) 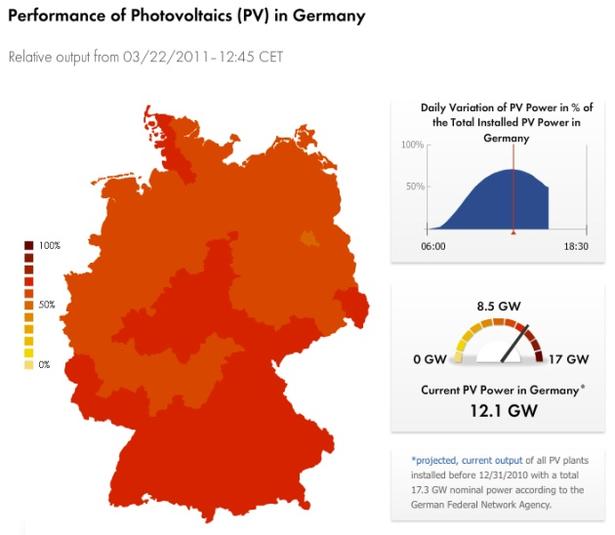 Regardless, Japan’s facing rolling blackouts until next Winter, and it’s undeniable that if the country had more distributed power generation like Germany’s roof-based solar PV system, the entire country would be much more resilient in the face of catastrophe.