The Barclays Cycle Superhighway, a passion project for mayor Boris Johnson and Transport for London (TfL), is a way to provide safer, faster and more direct routes into the city from the surrounding suburbs. The first routes were launched in summer of 2010, with two others launching in summer of 2011. The first highway completed connected Merton with the London city center, and the second connected Barking to Tower Gateway, two of the largest employment areas in London.

Ultimately, there will be 12 routes connecting the London city center with other cities outside of London — and the entire project is estimated to be complete by 2015. 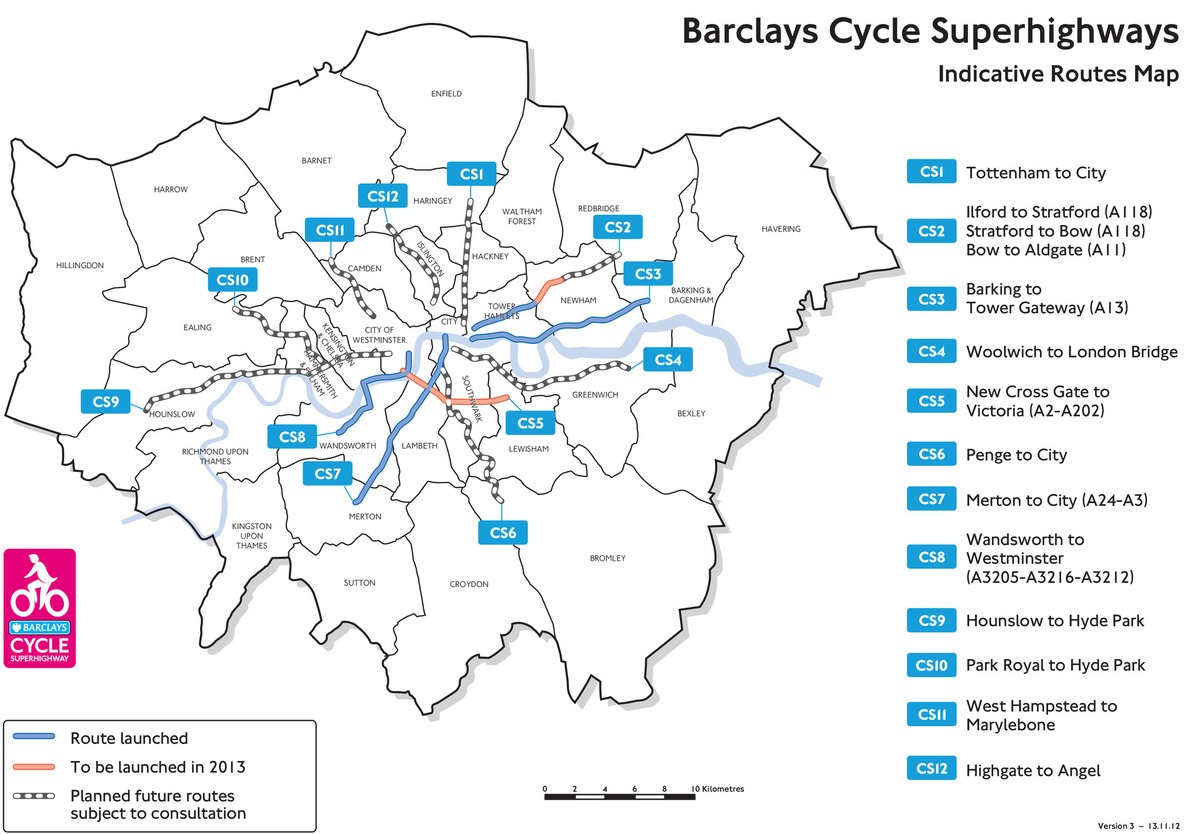 Along with the superhighways, government officials have installed safety mirrors at 39 locations in the city, which help drivers see cyclists in their blind spots. The highways are also marked in a distinctive blue color to facilitate safe riding. Other safety features include advanced stop lines at traffic lights, which help cyclists get ahead of motor vehicle traffic and reduces the conflict between bicycles and vehicles turning left.

The Barclays Cycle Superhighway is projected to cost 913 million GBP if the government grants and fares stay at a flat rate. The completed superhighway aims to increase cycling 400% by 2015, improving cycling conditions for those who already commute to school or work on bike, and encouraging new cyclists.