It’s time to do away with the taboos and stigmas of rape and domestic abuse.
September 29, 2013

Marcel Edwards joined the U.S. Air Force in 1981 when she was 21, and served as a staff sergeant stationed at Pope Air Force Base in her home state of North Carolina. After a superior officer insisted on coming over to her house one day in 1989, her life was changed forever, she told AlterNet.

At the time she was a young mother who had fallen prey to domestic violence and was recently separated from her abusive husband. The male officer, who she hardly knew, gave her the impression he needed to talk to her about something important. With some hesitancy, she let him into her home. He started to pry into her personal life, asking her questions about what she did for sex and how she paid her bills. Edwards felt uncomfortable, but she answered in earnest, saying she went to her husband if she needed those things. Then, while Edwards’ two young daughters were just feet away, the man pinned her down on the living-room couch and raped her.

Today Edwards is a 52-year-old social worker. She said the attack she endured all those years ago continues to haunt her every day.

“I’m just now able to talk about it so, look how long that’s been,” she said, adding that years of therapy are the only reason she is able to speak out, or even use the word rape.

“I felt defective, I felt something was wrong with me, like I didn’t protect myself,” she said. “I kept blaming myself: Why did I let him in the house, why did I let him in my house? But through therapy I learned that I’m not a mind reader and … I trusted him that he was coming to tell me something, not coming there to rape me.”

Edwards immediately reported the attack to the police. The local authorities coordinated their investigation with the Air Force’s Office of Special Investigation (OSI). 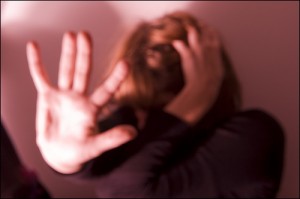 Edwards said OSI put her through emotional “torture,” by bringing her in for an interrogation every Friday evening for weeks where the interrogator would repeatedly accuse her of fabricating the incident. Investigators called her friends in for questioning. Whispers and gossip polluted the entire base against her. She said OSI eventually ordered her to take a lie detector test—which she passed—before the police would bring her attacker in on any charges.

She has since been treated for depression and anxiety, and at one point even attempted suicide by taking an overdose of Valium. She said little things in daily life—like the smell of food—can set something off and take her back to that traumatic moment.

“When I go out to eat at restaurants sometimes I’m double-checking my food and having anxiety over food,” she said. “I didn’t realize until therapy, but that’s because he had smelled like food that night. You have triggers throughout your life, and it forever changes your life.”

Edwards’ perpetrator was arrested on sexual assault charges by the Fayetteville police, but the case was delayed over and over again. Edwards said she was never deposed for a trial, or called to testify. It was not until she read a recent article in the Grio that she found out what really happened with her case.

According to the Grio article, when “the case made it to the Cumberland County District Attorney’s office, charges against her perpetrator were reduced to ‘misdemeanor assault on a female’ and not a criminal sex-related charge. The DA’s office told the Grio that their investigation of the facts did not rise to the level of a criminal offense. The case was referred to the Dispute Resolution Center. In short, it was to be handled as a simple issue to be negotiated.”

Edwards told AlterNet that attorneys approached her outside of the courtroom one day and asked her to consider mediation.

Soon after, Edwards transferred to an assignment overseas in Britain.

According to the Grio, “The case was eventually dismissed by the Dispute Resolution Center when that office found Edwards was not being responsive and was no longer able to contact her.”

Edwards said she was never contacted.

“They said they couldn’t find me, but I was in the Air Force, so how could you not find me?” she said. “My experience with the military and even in my work [as a social worker] is that when it comes to sexual asasult, or rape, people really minimize the severity of it. But the impact is so lasting and life is forever changed for the victim.”

Edwards is now being treated for post-traumatic stress disorder, and said she’s speaking out so that others won’t experience the isolation and pain she suffered.

“I appreciate just being able to have a voice,” she said. “I’ll be 53 in November, and half of my life is lived, and it was lived with a lot of pain. I don’t want anybody else to endure that type of pain. I just want people to be able to heal and get help early, you know?”

No More Silence
Edwards is one of shockingly few survivors of domestic abuse and sexual assault who are speaking out. A new study conducted by the Avon Foundation for Women reveals “staggering silence and inaction around domestic violence and sexual assault,” according to researchers.

More than 50 percent of men and women surveyed say they know a survivor of domestic violence, and one in three women reported being victims of domestic abuse; however, 67 percent of Americans have never discussed the issues with family or friends. Edwards said for years she felt alone and unable to talk about her attack or domestic abuse.

“When you tell people [what happened] they do look at you like it didn’t happen,” she said. “They make you feel ashamed and then you start feeling guilty.”

For the study, Avon interviewed 301 teens 15 to 17 years old and 1,006 adults 18 and older. The study was conducted in tandem with a campaign called “No More,” which seeks to help normalize the conversation around domestic violence and sexual assault. 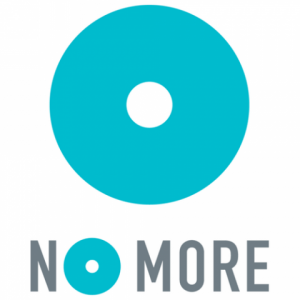 Companies like Avon, Mary Kay, the AllState Foundation, the Verizon Foundation and Verizon Wireless and others, many of which have been active in prior awareness campaigns, have joined the “No More” effort. The goal is to do away with the cultural taboos surrounding rape and domestic abuse.

Jane Randel, vice president of communications for Fifth & Pacific Companies, which is an organizer and participant in the No More campaign, said the most important task at hand is to make these issues a common part of the American vernacular.

“Twenty years ago no one would talk about breast cancer or colon cancer openly,” she said. “Those barriers were broken down, and there’s no reason they can’t be broken down about this issue as well.”

Randel thinks the frequency of no one helping victims is a result of people not knowing what to do to help because the conversation around these issues is so lacking in society.

“Years and years ago if someone said, I feel a lump, you might say to go to the doctor but you might not have a conversation with your forty-something-year-old friends about the importance of getting a mammogram. And it’s so normal now to say, I have to go get a mammogram; it’s part of what we talk about.”

Randel said the same could apply to issues of domestic violence and sexual assault, noting that even conversations about what constitutes a healthy relationship are few and far between.

As the study revealed, Americans want to help survivors, as 75 percent of respondents said they would step in if they saw someone being assaulted. Researchers also noted that the study showed that silence around the issues makes inaction more likely. Nearly 70 percent of those surveyed said that talking more about this kind of violence would help them understand the problem better, and lead them to act.

How Can People Help?
Randel said the No More campaign breaks down three simple ways people can begin to take action against domestic and sexual violence: Say it, share it, show it.

Marcel Edwards, who has joined in the No More campaign, said “saying it” is vital to her own healing.

“Just giving those people a voice and maybe giving them the courage to one day say ‘no more’— I like that.”

Share It, means to share the “no more” message. Randel said the more people who show their support, the more bystanders are comfortable getting engaged and the dialogue can open up in a broad way.
“Tweet it, Facebook it, Vine it, whatever you do,” she said. “Share it. Because there is such a stigma and taboo around these issues that many times, for years, you didn’t talk about it unless it affected you directly. But if I’m walking around with a red AIDS ribbon on it doesn’t mean I have AIDS. Or if I gravitate toward yogurt containers that benefit breast cancer it doesn’t necessarily mean I have breast cancer. It just means I recognize these are important issues we all need to work together and help.”

Show It is literally to show and wear the No More buttons, bumper stickers, and magnets and raise awareness. “It could also mean demonstrating support by donating to organizations working to end these types of violence, or volunteering, or anything in between,” Randel said.

Men Are Key
Randel said men are especially important to growing and spreading the No More message.

“The vast majority of men are not part of the problem, but because of the stigma, many men feel they’re painted with the same brush,” she said. “The goal is to get everybody on the same page that these are issues that are not acceptable.”

Men are hugely important to solving the problem because they have the ability to put pressure, silently or not, on men they know who might be leaning in the direction of violent or abusive acts, Randel notes.

Edwards said in her work as a social worker, and in her life at large she has adopted the philosophy of “you have to teach one to reach one.”

“If you can just reach one person it spreads,” she said. “They’ll be able to reach out and go back and help somebody else. We know that it’s not okay to be abused, no matter how society for years and years and years has basically just swept stuff under the rug and blamed the victims. It’s not okay. No more.”

April M. Short is an associate editor at AlterNet.