Blacks own six cents for every dollar possessed by whites. Where’s the outrage?
May 21, 2014
The Grio / By Maya Rockeymoore

The preoccupation with Donald Sterling, the wealthy Los Angeles Clippers owner who was slapped with an NBA ban after a recorded conversation revealed that he didn’t want his female companion associated with black people, confirms that professional sports has replaced religion as the opiate of the masses.

In the same week the NBA handed down its verdict, a new study released by the Center for Global Policy Solutions and the Network on Race and Ethnic Inequality at Duke University reported that African American households are beyond broke, owning only six cents for every dollar of wealth owned by the typical white household and possessing an average liquid wealth of only $200, a figure that includes the value of African American retirement savings.

If people actually cared, these findings would have gotten at least the same level of outrage and attention that Donald Sterling’s racist rant received. Yet the nation remains passive in the face of facts that show that African Americans continue to experience a stunning level of economic segregation and isolation a full 50 years after the Civil Rights Act of 1964.

The sports analogy helps bring the depth of the racial wealth gap into focus. For just as the collective net worth of the predominantly black and highly paid NBA players is a drop in the bucket compared to that of their predominantly white male team owners, the combined assets of every African American household in the U.S. — including wealthy athletes, entertainers, and businesspeople — is not enough to lift the average net worth of African Americans beyond a little more than a nickel for every dollar held by whites. 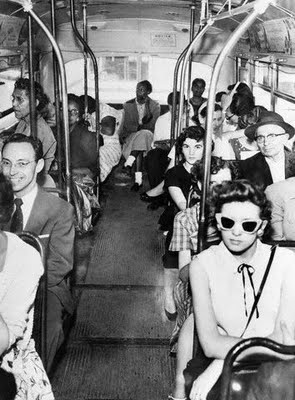 The post-racial narrative that blacks have arrived with the advent of the first African-American president and prominent examples of celebrity wealth is not only a myth, it serves to placate and obscure data showing that African-Americans are a long way from achieving financial freedom and inclusion and, in fact, continue to face discriminatory laws and practices that institutionalize their disadvantage.

Aided by permissive laws championed by banking industry lobbyists and their friends in government, African-American home ownership rates have declined in part because they were twice as likely as whites to be targeted for the faulty loans.

While most are aware that black unemployment is persistently double that of whites, many do not know that there is a racial gap in pay, with the median weekly earnings of blacks amounting to only 79 cents for every dollar earned by whites, or that blacks are disproportionately represented in occupations that do not provide fringe benefits; and, of course, research shows that public schools and housing are more segregated today than they were in the early 1970s. All of these factors represent structural inequities that help to keep African-Americans at the margins of the economy.

So while the lynch mobs have gone away and the “whites only” signs are removed from buildings — the pernicious effects of racialized public and private institutional structures continue to operate in ways that prevent asset building or, perversely, promotes asset stripping when African-Americans do manage to accumulate resources.

It is time for fans everywhere to peel themselves away from the screen long enough to realize that the game is being played on us every day in multiple ways. How long will we be content to be on the court without the ball or with the basket raised beyond regulation height when it’s our turn to take a shot?

Stop patronizing institutions that see us as targets to be exploited and do not invest in our communities. And ramp up engagement with the systems that set the rules so that the playing field can be leveled. From the box office to the ballot box, if we care about financial freedom, fairness, and our future in this nation, we have got to be about the business of replacing barriers with opportunities to build and maintain assets that have a chance to grow and be passed down to future generations.