How many times do you have to go to the department of public safety to get a driver’s license? If you are the daughter of the Mayor of Houston, Texas, the answer to that is three. Not because she failed her written test, or because she wasn’t a great parallel parker. No, it was because she has two moms, and that meant she couldn’t properly fill out the paperwork. 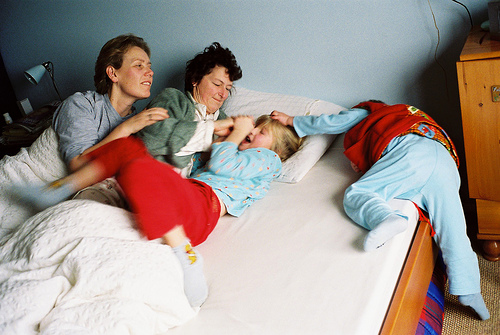 According to Lonestar Q Blog, the mayor’s daughter wasn’t allowed to take the driver’s test because her birth certificate mentioned two mothers, not one. “A few weeks back I wrote about a woman who was refused a Texas driver’s license because she had changed her name through a same-sex marriage in California,” wrote John Wright. “Turns out the Texas Department of Public Safety won’t honor name changes obtained through same-sex marriages in other states, based on the state’s anti-gay marriage amendment. Now, it appears the DPS also won’t allow the children of same-sex couples to take a driver’s test if both of their parents’ names are listed on their birth certificate. It doesn’t even matter if one of their parents is the mayor of Houston.”

The mayor, Democrat Annise Parker, explained the issue in more detail: “Daughter needs drivers test. Has all docs, some in MomA name, some MomK, but w/ birth cert showing both. DPS says can only be from 1 mom!-A”

The Department of Public Safety eventually responded to say the issue was that the teen hadn’t brought enough paperwork to prove her residency, and that, “There is no indication that any delay in the process was related to same-sex marriage.” Conservatives have leaped on that response as indication that Parker was once more pushing her “pro-homosexual agenda.”

“Parker has established that she is a shameless liar just over the past couple of weeks,” writes Pajamas Media. “She subpoenaed several area pastors, specifically demanding their sermons, their internal church communications, and their personal physical appearance at the offices of a known leftwing law firm in Houston. When some of us pointed out that the sermons in question are available online, Parker appeared to back down, saying that she wasn’t interested in the sermons anyway — despite the fact that the original subpoenas specifically demanded that the pastors turn their sermons over. Now Mayor Parker has lied about her daughter’s driving test, in order to smear Texas DPS and agitate against the state’s definition of marriage.”

Was Parker making up the DPS kerfuffle as far right pundits allege? After all, according to the Houston Chronicle, the department’s own website states that “information on documents used to verify identity must match. If, say, a name is different, the person must provide documents proving a legal name change,” and that, “Because the state of Texas does not recognize same-sex marriage, DPS cannot accept same-sex marriage licenses.” Together, the likelihood that Parker’s daughter’s driver’s license application met their stated standards was pretty slim.

This back and forth between Parker and the religious right, however, is just the latest salvo in the growing animosity between Mayor Parker and her conservative constituents. Houston area pastors have been encouraging a gathering signatures to demand a ballot referendum on the city’s equal protection ordinance, which protects GLBTQ residents from discrimination. Recently, the mayor’s office subpoenaed the sermons from a handful of pastors to see if they were doing illegal campaigning on the ordinance from the pulpit.

Now the animosity against Parker has reached fever pitch. “This is an attempt to chill pastors from speaking to the cultural issues of the day. The Mayor would like to silence our voice. She’s a bully,” said one pastor, through his lawyer at Alliance Defending Freedom. Another added: “We’re not afraid of this bully. We’re not intimidated at all. We’re not going to yield our First Amendment Rights. This is absolutely a complete abuse of authority.”

Was the Mayor wrong about what happened at the licensing bureau and trying to score political points? Or was her daughter being targeted in retaliation for her political work? Odds are that whatever the answer, the volleying between the two sides will go on long past November 4. 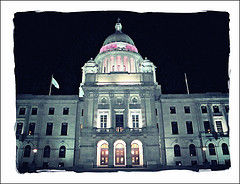 DRIVEN TO DISTRACTION: Doubts About Scare Tactics on Drivers Who Text