…It’s Probably Because They Are Not White
The media continue to ignore black victims.
The Chicago Reporter / By Ava Thompson Greenwell 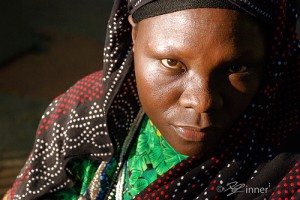 Afrikka Hardy’s life probably wouldn’t have made national news if her suspected killer had not gone to police and allegedly confessed. The 19-year-old’s story was overshadowed by his. It’s common with many female victims of color. Class can be a factor too.

Police say Darren Vann is responsible for six other killings in the Hammond, Ind., area. Relatives of two African-American female victims say they reported their loved ones missing. However, their disappearances never gained national prominence like that of Hannah Graham.

As expected, the national media reported ad nauseam about Graham, an 18-year-old University of Virginia student whose remains were identified on Saturday after an aggressive police search. This coverage likely created more pressure to find her body.

Every day, news editors make decisions about whose lives warrant attention. At the national level at least, it seems young white women’s lives are more important than everyone else’s.

Media attention can produce legitimate leads to find missing people. The more publicity a case generates, the harder police and community volunteers work to find the perpetrator. The more intense the search, the more news media gatekeepers pay attention.The two feed off of each other.

My research shows black women television news managers use their influence to raise the importance of black women’s lives. One study participant told me she aired a story about a young African-American teenager whose family had reported her missing to police even though her white male colleague tried to dissuade her, saying the teen was “probably a runaway.”

Black women journalists have a history of giving attention to their own when no one else will.

In 1892, publisher Ida B. Wells was among the first to write about black women being raped by white men. Reporter Marvel Cooke worked undercover in the 1950s to report on the economic and sexual exploitation of black women domestics. Former WMAQ-TV investigative reporter Renee Ferguson won the Alfred I. du Pont award for her 1998 report on black women who were disproportionately profiled at O’Hare airport as suspected drug couriers.

This under appreciation for black women as victims extends to those doing the reporting as well. The situation became so egregious for one African-American woman journalist that she quit and recently went public with her newsroom experiences. According to Alexa Harris, Ph.D., and co-author of “Black Women and Popular Culture: The Conversation Continues,” black women are using the Internet to create more accurate images of themselves. She says even black celebrity gossipWeb sites now post stories of black women who go missing.

Harris says even when stories about missing women of color make the news they are often framed more negatively as if the women are complicit in their victimization. Police have released information about Afrikka Hardy that implied she was a prostitute. Hannah Graham, on the other hand, was portrayed as an innocent victim even though initial eyewitness reports implied that she might have been intoxicated although she was underage.

Whatever activity either woman was engaged in before she was killed, neither deserved to die and both have relatives who loved and cared for them. I’d like to think news managers of any race, gender or socioeconomic background could grasp these parallels. But I am not convinced.

So rather than just being sick and tired, I plan to re-double my efforts with my students by emphasizing this disparity. Regardless of their backgrounds, future journalists must know this history and be bold enough to change it. Biases based on race, gender or class have no place in balanced journalism.

Until more inclusive thinking reigns at the top, we will have to depend more on the black women who are news gatekeepers to use their power for fairer coverage. I know it is an extra burden because I feel it, too. After all, I am writing this piece because an African-American woman asked me. Until others can see the inequality of being invisible, the burden is ours to bear.

The Scot Heard Round the World

How Long Can You Keep A Secret? For Kosovo’s Wartime Rape Victims, The Answer Is: Maybe Forever

White People Commit the Most Heinous Crimes, So Why Is America Terrified of Black Men?