One of the notable Black women photographers of the mid-20th century, Jean Weisinger, is not only a photographer but also a writer. She attempted to document and capture the history of the Black cultures around the world. She was widely travelled and recorded the lives of Black wherever she went. She was especially noted for her photographs of other famous Black women authors, such as Alice Walker. Without her efforts, we would not have a full appreciation of the contribution of African Americans to this great country. ~ Gerald Boerner

Jean Weisinger (February 10, 1954) is based in Oakland. She has traveled to England, Amsterdam, Germany, Cuba, Australia, New Zealand, Bali, Africa, Jamaica, Mexico and The South of the United States, documenting people of color for her up-coming books. Jean’s photographs have been published in and on numerous books, magazines, journals, and newspapers, as well as posters, post cards and calendars. Marlon Riggs/Signifying Works-Black Is … Black Ain’t, and EarthBeat, “A Priority”- Sweet Honey in the Rock, are just two of the films that include her work. 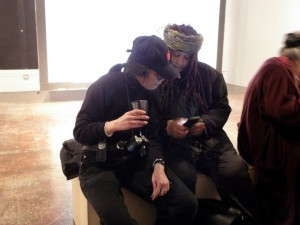 In October, 1990, she documented the “I Am Your Sister” conference honoring Audre Lorde and her work. Jean has exhibited in selected group exhibitions as well as selected one-person exhibitions in the Bay Area, Northern California, New York, Cuba, Georgia, and Uganda, Africa.
Her photographs have been collected by collectors throughout the world. Jean’s vision is to travel around the world and to document the beautiful, spirited earth’s people, and to make powerful photographic books as gifts to the world. Her portraits of Alice Walker and Audre Lorde have been widely published. Jean believes that her photographs capture the true spirit of people’s heart. “I take photographs to not only document these times and the lives of those who cross my path, but also to express myself. Photography is a passion born within me, a necessity that is not governed by monetary payment. It has become part of the progress toward freedom and love. Photographing is an act of love.” 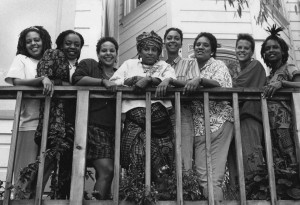 Photo by photo by Annie Valva

In February 1997, Jean traveled to Kerala, South India, to document an event (that happens every spring) where over four hundred thousand women from all religions, castes and classes line the streets of Thiruvananthapuram with their pots to cook porridge for the goddess Bhagavathi.

Thirty-three of her photographs of women writers have been published by Aunt Lute Books called Imagery: Women Writers. (Women Artists of the American West)

It was not my intention to photograph myself. When I was small, there were no photographs of me; I was the first-born of nine children. Seeing photos of them and not me led me to believe that I was from another place. So, as soon as I got my hands on a camera, I began taking images of my family, people in the community, writers, artists, and the sensitive and beautiful common folks, down to earth human beings.

At this point in my life, I’m learning about the power of loving the self. The loss of my mother on October 6, 1989 has taught me this. Losing her has forced me to face myself: Who is Jean? What do I want? Photography, like art, has been healing and therapeutic. I have come to know and love myself through both. Art saved my life in 1989 as photography is doing now. 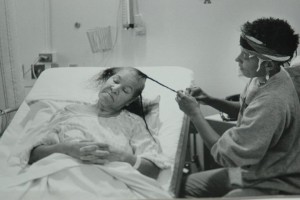 In October, 1990, after traveling to Germany, Amsterdam, England, and the East Coast of America to document the I am Your Sister conference honoring Audre Lorde and her work, Audre said to me what many women had also been saying: Jean, you take beautiful, positive and powerful images of women – you need to show your work so the world can see.

A year later and still struggling to do my work, to survive as an African American artist, I decided to do a photography book of black/white portraits of women around the world (currently in progress) called A Community of Women, with personal statements answering the question: What Does Community Mean to Me? Some of these photographs are published in Imagery: Women Writers, Portraits by Jean Weisinger (San Francisco: Aunt Lute Books, 1995).

Having an exhibition or even making postcards was too expensive at the time. Hungry for film, I began calling on the Universe. I began asking the universe, the souls of my African/Native American ancestors, the spirits who walk among us, the spirits who speak to us through our dreams, our bodies, the trees and the wind, to help me secure the things that I need to do my work and to continue to document these times and the lives of those that cross my path.

The photograph Seeing Myself Through Alice Walker’s Eyes, taken in March 1991, expresses a whole person, a new way of seeing myself. A Birth. A person who is strong, confident and yet warm and sensitive; powerful and still soft, friendly, trusting, and open-hearted – spiritual. This series of photographs made a powerful impact on my life and it has come to help me understand who I really am. Alice Walker has been very instrumental and inspirational to my work. Through her vision, I know that my own vision is possible—and this is liberating to me. This knowledge has validated my life, my work, and the woman I am and (the woman) I am becoming.

My work is the way I give back to my sisters and to the universe. It’s a way in which I fight the constant battle against racism, sexism, classism, and violence toward women/children/human beings/animals and the trees. I take photographs to not only document these times and the lives of those who cross my path, but also to express myself. Photography is a passion born within me, a necessity that is not governed by monetary payment. It has become part of the progress toward freedom and love. Photographing the self is an act of love and a gift to others.