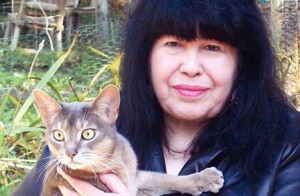 Marge Piercy (born March 31, 1936) is an American poet, novelist, and social activist. Piercy is the author of Woman on the Edge of Time, He, She and It, which won the 1993 Arthur C. Clarke Award, and Gone to Soldiers, a New York Times Best Seller and sweeping historical novel set during World War II.

Piercy was born in Detroit, Michigan, to Bert (Bunnin) Piercy and Robert Piercy. Upon graduation from Mackenzie High School, Marge became the first in her family to attend college, studying at the University of Michigan. Winning a Hopwood Award for Poetry and Fiction (1957) enabled her to finish college and spend some time in France. She earned a M.A. from Northwestern University. Her first book of poems, Breaking Camp, was published in 1968.

An indifferent student in her early years, Piercy developed a love of books when she came down with rheumatic fever in her mid-childhood and could do little but read. “It taught me that there’s a different world there, that there were all these horizons that were quite different from what I could see”.

Piercy was a significant feminist voice in the New Left and Students for a Democratic Society.

Piercy is author of more than seventeen volumes of poems, among them The Moon is Always Female (1980, considered a feminist classic) and The Art of Blessing the Day (1999), as well as fifteen novels, one play (The Last White Class, co-authored with her third and current husband Ira Wood), one collection of essays (Parti-colored Blocks for a Quilt), one non-fiction book, and one memoir. She contributed the pieces “The Grand Coolie Damn” and “Song of the fucked duck” to the 1970 anthology Sisterhood is Powerful: An Anthology of Writings From The Women’s Liberation Movement, edited by Robin Morgan.

Her novels and poetry often focus on feminist or social concerns, although her settings vary. While Body of Glass (published in the US as He, She and It) is a science fiction novel that won the Arthur C. Clarke Award, City of Darkness, City of Light is set during the French Revolution. Other of her novels, such as Summer People and The Longings of Women are set during the modern day. All of her books share a focus on women’s lives.

Woman on the Edge of Time (1976) mixes a time travel story with issues of social justice, feminism, and the treatment of the mentally ill. This novel is considered a classic of utopian “speculative” science fiction as well as a feminist classic. William Gibson has credited Woman on the Edge of Time as the birthplace of Cyberpunk. Piercy tells this in an introduction to Body of Glass. Body of Glass (He, She and It) (1991) postulates an environmentally ruined world dominated by sprawling mega-cities and a futuristic version of the Internet, through which Piercy weaves elements of Jewish mysticism and the legend of the Golem, although a key story element is the main character’s attempts to regain custody of her young son.

Many of Piercy’s novels tell their stories from the viewpoints of multiple characters, often including a first-person voice among numerous third-person narratives. Her World War II historical novel, Gone To Soldiers (1987) follows the lives of nine major characters in the United States, Europe and Asia. The first-person account in Gone To Soldiers is the diary of French teenager Jacqueline Levy-Monot, who is also followed in a third-person account after her capture by the Nazis.

Piercy’s poetry tends to be highly personal free verse and often addresses the same concern with feminist and social issues. Her work shows commitment to the dream of social change (what she might call, in Judaic terms, tikkun olam, or the repair of the world), rooted in story, the wheel of the Jewish year, and a range of landscapes and settings. 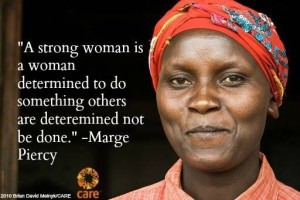 She lives in Wellfleet with her husband, Ira Wood.