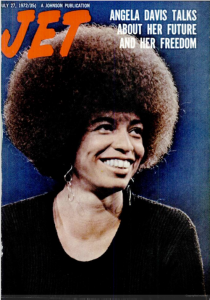 Celebrating the birthday of an icon, Angela Davis!

If you haven’t done so yet, check out the powerful documentary about her life’s journey, Free Angela and All Political Prisoners, which has been honored with a nomination for an NAACP Image Award for Best Theatrical Documentary. Free Angela is now available in stores.

Pratibha Pamar’s “A Place of Rage” celebrates African American women and their achievements, and features interviews with Angela Davis, June Jordan and Alice Walker. Within the context of the civil rights, Black power and feminist movements, the trio reassess how women such as Rosa Parks and Fannie Lou Hamer revolutionized American society. A stirring chapter in African American history, highlighted by music from Prince, Janet Jackson, the Neville Brothers and the Staple Singers.

Angela Yvonne Davis (born January 26, 1944) is an American political activist, scholar, Communist and author. She emerged as a nationally prominent counterculture activist and radical in the 1960s, as a leader of the Communist Party USA, and had close relations with the Black Panther Party through her involvement in the Civil Rights Movement despite never being an official member of the party. Prisoner rights have been among her continuing interests; she is the founder of Critical Resistance, an organization working to abolish the prison-industrial complex. She is a retired professor with the History of Consciousness Department at the University of California, Santa Cruz, and is the former director of the university’s Feminist Studies department. (Wikipedia) 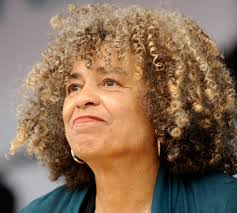 Racism is a much more clandestine, much more hidden kind of phenomenon, but at the same time it’s perhaps far more terrible than it’s ever been. ~Angela Davis