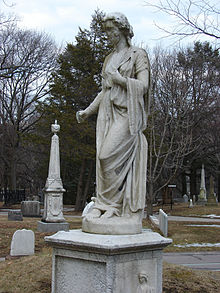 Hunt was born in Boston, Massachusetts, in 1805, the daughter of Joab Hunt and Kezia Wentworth Hunt. She and her sister, Sarah Hunt, studied medicine under Elizabeth Mott and Richard Dixon Mott. She was the first woman to apply to Harvard Medical School, but was denied entrance in both 1847 and 1850. She worked practicing and as an advocate for the right for women to learn and practice medicine. Much of her career is described in her memoirs, Glances and Glimpses; Or, Fifty Years’ Social, Including Twenty Years’ Professional Life (Boston: J.P. Jewett and Company, 1856). Her office was at 32 Green Street.

[She] is the most famous of the female “irregular” practitioners, who could’t, or wouldn’t, get a medical degree, but who offered remedies of a sort. Men as well as women performed these sorts of services, and in a time when the medical profession was loosely organized and when medical schools often provided minimal information, an irregular practitioner might be as handy and as skillful as a “real doctor.” (Remember the Ladies, Kirstin Olsen)

She is buried in Mount Auburn Cemetery, near Boston. Her grave marker includes a statue of the Greek goddess of health, Hygeia, carved by the African American sculptor, Edmonia Lewis.