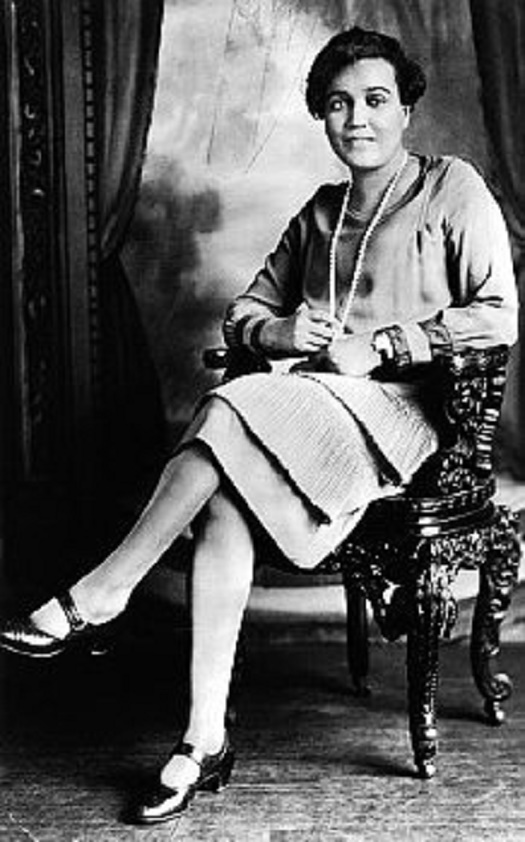 Jessie Redmon Fauset was born April 27, 1882, in Camden County, Snow Hill Center Township, New Jersey, the seventh child of Redmon and Annie Seamon Fauset. Although the historical record has often disagreed about Fauset’s year of birth—with some sources citing 1884, 1885, 1886, and 1888—Sylvander has verified the 1882 date. Fauset’s mother, Annie Seamon Fauset, died soon after Fauset’s birth. Redmon Fauset, an impoverished African Methodist Episcopal minister, then moved to Philadelphia and married Bella Huff, a widow with three children. They had three more children, including the noted educator and folklorist Arthur Huff Fauset, author of the classical work American Negro Folk Lore. Encouraged by her father to become a teacher, Fauset excelled at the Philadelphia High School for Girls, where she is reputed to have been the only black student in her class. She graduated as valedictorian.

Despite her outstanding academic record, Fauset was denied admission to Bryn Mawr College, presumably because of its racist admissions policies, although the college was subsequently responsible for her receiving a scholarship to Cornell University. There, Fauset, one of the first black woman students, majored in classical languages and became the first black woman admitted to Phi Beta Kappa. She graduated in 1905. She later attended Cornell University and joined Phi Beta Kappa. After graduating from college, she worked as a foreign language teacher in Baltimore, Maryland, and Washington, D.C.

Fauset’s second encounter with racism occurred when the city of Philadelphia refused to hire her to teach in the public school system; so Fauset accepted a one-year position at Douglas High School in Baltimore, Maryland, during the 1905-06 school year. She moved to Washington, D.C., in 1906, where she taught French and Latin at the M Street High School (renamed the Dunbar School) for the next fourteen years. During the 1918–19 school year, Fauset took a leave of absence to complete an M.A. degree at the University of Pennsylvania.

In 1912, while still teaching French, Fauset began to submit reviews, essays, poems, and short stories to The Crisis, a magazine founded and edited by W.E.B. Du Bois. Du Bois convinced her to become the publication’s literary editor, a position she took up in 1919.

Fauset’s time at The Crisis is considered to be the most prolific period of the publication’s run. She was responsible for the development of many new African-American voices. She encouraged other influential writers, such as Jean Toomer, Langston Hughes, Claude McKay, Georgia Douglas Johnson, Anne Spencer, George Schuyler, and Arna Bontemps to submit their work to the publication.

Fauset became a member of the NAACP and represented them in the Pan African Congress in 1921. After her Congress speech, the Delta Sigma Theta sorority made her an honorary member.

Her first novel, There Is Confusion, featured African-American characters in a middle-class setting. She was also a contributor to the Brownie’s Book, which was published monthly.

After eight years, she decided to resign from The Crisis due to issues between her and Du Bois. She tried to seek work in publishing, but she had no success because of her race. She went back to teaching and later wrote three more novels: Plum Bun, The Chinaberry Tree, and Comedy: American Style.