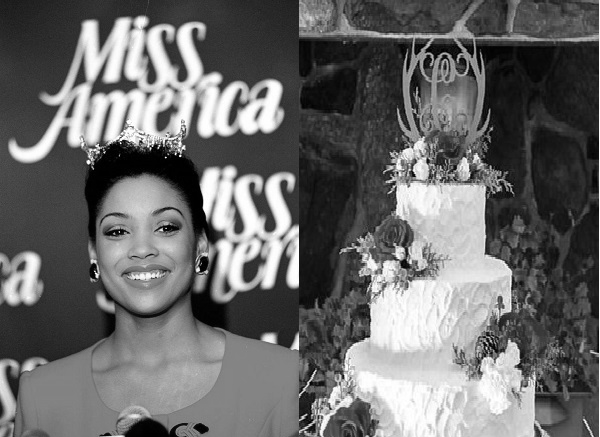 Aiken was born on October 11, 1975, in Columbia, South Carolina to Charles and Valerie Aiken. At the time she won the crown, Aiken was only 18 years old and was the youngest Miss America since Tawny Godwin, Miss New York and Miss America 1976. Godwin was also 18. Aiken was also the first black woman from the South to win the crown. She is the second African American winner to have later served as a judge in the pageant.

In contrast to a number of young women who spend their lives grooming for the title of Miss America, Aiken pursued other interests. Her initial pageant goals were modest. She intended to represent her hometown and become Miss Columbia, South Carolina which she won in 1993. Later that year she won the state pageant. Afterward, Aiken competed in Atlantic City, New Jersey for the national crown of a beauty queen.

During her reign as Miss America, Aiken made the plight of the homeless her platform. She worked closely with organizations such as Habitat for Humanity where she helped with the construction of homes across the nation. She also visited homeless shelters and spoke before numerous organizations including the National Press Club in an effort to bring awareness to the issue. After her dazzling pageant reign ended, Aiken made numerous television appearances. In 1994 she was recognized by People Magazine as one of the “Fifty Most Beautiful People in the World.”

After graduating from New York University, Aiken pursued a career in public accounting with the accounting firm Ernst & Young LLP. She later left the firm to work full time as an image consultant and motivational speaker. She inspired audiences by speaking about her own personal experiences. Aiken spoke about overcoming adversity, including undergoing brain surgery and the brief bout of depression that followed afterward. Aiken is a regular columnist for Pageantry Magazine.

Later in her fabulous life, Kimberly Aiken married Haven Cockerham, a marketing executive. They are the parents of a son named Russell. The family lives in New York City.

Source: “Kimberly Aiken (1975-)” by E. Watson for BlackPast.com (May 2010)
*BlackThen.com writer and historian Victor Trammell edited and contributed to this report.

This just stunned me.

Remember the Ladies: Victoria of England

Kimberly-Clark, Greenpeace hug it out