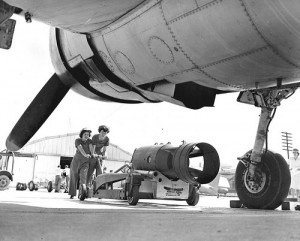 Phoebe Jane Fairgrave Omlie (November 21, 1902 – July 17, 1975) was an American aviation pioneer, particularly noted for her accomplishments as an early female aviator. Omlie was the first female to receive an airplane mechanic’s license, the first licensed female transport pilot, and the first female to be appointed to a federal position in the aviation field.

During the late 1920s and early 1930s, Omlie set several world records in aviation, including the highest altitude parachute jump by a female. She was also the first female to cross the Rocky Mountains in a light aircraft, and was considered by First Lady Eleanor Roosevelt to be one of “eleven women whose achievements make it safe to say the world is progressing”. [Wikipedia]

She barnstormed, set records, did parachute jumps and wing walks, spotted fires, raced, ran a flying school, trained ground personnel, and worked in the government on behalf of aviation. “Dad thought I was crazy,” she said. “Mother had more faith. She thought that if I was going to do it I was going to do it and that’s all there was to it.” [Remember the Ladies, Kristen Olsen]