By LOUISE STORY and ERIC DASH

Thousands of top traders and bankers on Wall Street were awarded huge bonuses and pay packages last year, even as their employers were battered by the financial crisis. Nine of the financial firms that were among the largest recipients of federal bailout money paid about 5,000 of their traders and bankers bonuses of more than $1 million apiece for 2008, according to a report released Thursday by Andrew M. Cuomo, the New York attorney general. 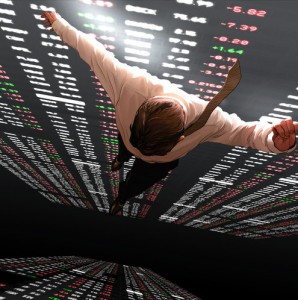 At Goldman Sachs, for example, bonuses of more than $1 million went to 953 traders and bankers, and Morgan Stanley awarded seven-figure bonuses to 428 employees. Even at weaker banks like Citigroup and Bank of America, million-dollar awards were distributed to hundreds of workers. The report is certain to intensify the growing debate over how, and how much, Wall Street bankers should be paid.

In January, President Obama called financial institutions shameful for giving themselves nearly $20 billion in bonuses as the economy was faltering and the government was spending billions to bail out financial institutions. On Friday, the House of Representatives may vote on a bill that would order bank regulators to restrict inappropriate or imprudently risky pay packages at larger banks.

Mr. Cuomo, who for months has criticized the companies over pay, said the bonuses were particularly galling because the banks survived the crisis with the government’s support. “If the bank lost money, where do you get the money to pay the bonus?” he said.

All the banks named in the report declined to comment.

Mr. Cuomo’s stance—that compensation for every employee in a financial firm should rise and fall in line with the company’s overall results—is not shared on Wall Street, which tends to reward employees based more on their individual performance. Otherwise, the thinking goes, top workers could easily leave for another firm that would reward them more directly for their personal contribution. Many banks partly base their bonuses on overall results, but Mr. Cuomo has said they should do so to a greater degree.

At Morgan Stanley, for example, compensation last year was more than seven times as large as the bank’s profit. In 2004 and 2005, when the stock markets were doing well, Morgan Stanley spent only two times its profits on compensation. Robert A. Profusek, a lawyer with the law firm Jones Day, which works with many of the large banks, said bank executives and boards spent considerable time deciding bonuses based on the value of workers to their companies.

“There’s this assumption that everyone was like drunken sailors passing out money without regard to the consequences or without giving it any thought,” Mr. Profusek said. “That wasn’t the case.”

Mr. Cuomo’s office did not study the correlation between all of the individual bonuses and the performance of the people who received them. Congressional leaders have introduced several other bills aimed at reining in the bank bonus culture. Federal regulators and a new government pay czar, Kenneth Feinberg, are also scrutinizing bank bonuses, which have fueled populist outrage. Incentives that led to large bonuses on Wall Street are often cited as a cause of the financial crisis.

Though it has been known for months that billions of dollars were spent on bonuses last year, it was unclear whether that money was spread widely or concentrated among a few workers. The report suggests that those roughly 5,000 people—a small subset of the industry—accounted for more than $5 billion in bonuses. At Goldman, just 200 people collectively were paid nearly $1 billion in total, and at Morgan Stanley, $577 million was shared by 101 people.

All told, the bonus pools at the nine banks that received bailout money was $32.6 billion, while those banks lost $81 billion. Some compensation experts questioned whether the bonuses should have been paid at all while the banks were receiving government aid.

“There are some real ethical questions given the bailouts and the precariousness of so many of these financial institutions,” said Jesse M. Brill, an outspoken pay critic who is the chairman of CompensationStandards.com, a research firm in California. “It’s troublesome that the old ways are so ingrained that it is very hard for them to shed them.”

The report does not include certain other highly paid employees, like brokers who are paid on commission. The report also does not include some bank subsidiaries, like the Phibro commodities trading unit at Citigroup, where one trader stands to collect $100 million for his work last year.

Now that most banks are making money again, hefty bonuses will probably be even more common this year. And many banks have increased salaries among highly paid workers so that they will not depend as heavily on bonuses. Banks typically do not disclose compensation figures beyond their total compensation expenses and the amounts paid to top five highly paid executives, but they turned over information on their bonus pools to a House committee and to Mr. Cuomo after the bailout last year.

The last few years provide a “virtual laboratory” to test whether bankers’ pay moved in line with bank performance, Mr. Cuomo said. If it did, he said, the pay levels would have dropped off in 2007 and 2008 as bank profits fell. So far this year, Morgan Stanley has set aside about $7 billion for compensation—which includes salaries, bonuses and expenses like health care—even though it has reported quarterly losses.

At some banks last year, revenue fell to levels not seen in more than five years, but pay did not. At Citigroup, revenue was the lowest since 2002. But the amount the bank spent on compensation was higher than in any other year between 2003 and 2006. At Bank of America, revenue last year was at the same level as in 2006, and the bank kept the amount it paid to employees in line with 2006. Profit at the bank last year, however, was one-fifth of the level in 2006.

Still, regulators may have limited resources for keeping pay in check. Only banks that still have bailout money are subject to oversight by Mr. Feinberg, the pay czar. He will approve pay for the top 100 compensated employees at banks like Citigroup and Bank of America as well as automakers like General Motors.

13 Things Your Bank Won’t Tell You