German renewable industry lobby BEE said on Wednesday it would be able to supply 47 percent of German power requirements by 2020, joining a debate on how to replace nuclear generation capacity. The lobby, which groups 22 individual units representing wind, hydro, solar and biomass-to-power producer interests, said it could offer a high share of reliable renewable supply.

“Renewables could be ready to provide 47 percent of German power supply up to 2020. This way they would not just compensate for the nuclear withdrawal (meant to happen by 2021 at the latest) but in addition offer affordable and sustainable power,” the group said. 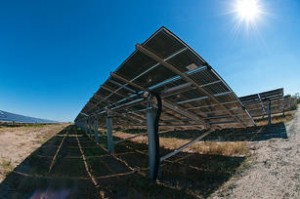 Last year, renewable power supplied 17 percent of German electricity output of 585 billion kilowatt hours, while nuclear generation accounted for 23 percent, industry data shows. Germany’s government said on Tuesday it would shut down seven nuclear power plants that had begun operating before 1980 at least until June, leaving open whether they will ever start up again after Japan’s crisis.

It also has to decide whether to go back to an 11-year old program to close down all 17 of its reactors or to extend the operating life of some of the younger plants beyond what was laid down in the original agreement. It had ruled to extend nuclear lifespans last autumn. While the situation is in flux, Germany must draw up new plans on how to secure its future electricity supplies.

Power sectors based on coal, gas and renewables have so far been shy to present their merits, because they do not want to appear as winners of the negative publicity for nuclear that has been caused by the Japanese disaster, observers say. The standard argument against renewables is their volatile production levels. BEE said an expansion could cure that problem, but could not happen as long as Germany is oversupplied with thermal capacity.

“In 2007, up to six nuclear reactors were out of action at one stage (due to summer heat), but Germany still had one of its biggest power export surpluses that year,” it said.

Continuing nuclear operations will hold back renewables from coming to full play by 16 years, BEE said. It also said it could offer combination plants that would balance out the volatility between various renewables but that the scheme had so far been ignored.