BRUSSELS—European Union member states are becoming increasingly concerned that the ongoing conflict in Libya could send a mass influx of refugees over their borders. As an increasing number of rickety boats reach Italy and Malta, some in Europe are calling for more help for the refugees, while others are demanding stronger controls on the EU’s external borders to stem the tide.

The first boats from Libya arrived last week in Malta with an estimated 800 refugees, mostly people from Somalia, Eritrea, and Ethiopia. Some have been accused of being mercenaries in Libyan leader Muammar Qaddafi’s paramilitary units, while others report being pressed into service by pro-government forces. The new arrivals from Libya, combined with the estimated 20,000 North African refugees who arrived on the Italian island of Lampedusa from Tunisia earlier in the year, has the EU bracing for a potential humanitarian crisis.

The United Nations reported over the weekend that two vessels carrying up to 400 Eritreans and Ethiopians have disappeared. The two boats set sail in late March from Libya, and the UN now fears that the passengers have drowned.

Share The Burden
Southern EU member states, which will bear the brunt of the influx, are pressing Brussels to do more to help with border security and are urging other EU members states to share the burden of caring for the refugees. Italian Foreign Minister Franco Frattini last week decried the lack of help from other EU members and called for the migrants to be repatriated throughout the union.

“The Maltese people are asking: Are we going to shoulder this alone? This is the big question,” Busuttil said. “So far, we have not seen a reaction from Europe. I hope that a reaction will come and this reaction will be a message of solidarity.”

The EU border-control agency Frontex, meanwhile, has extended the scope of its surveillance operations in southern Europe. The operation, known as “Hermes,” was launched in February to control and screen migrants coming from Tunisia to Lampedusa. It will now cover a larger area of the Mediterranean and will continue at least until the beginning of September.

Frontex is in negotiations with Maltese authorities to widen the operation to include the island, as well. Malta is also asking other EU members to dispatch border guards to assist them.

‘Poseidon Sea’ Extended
The border agency has also beefed up another Mediterranean operation, called “Poseidon Sea,” which deploys maritime and airborne assets to control the border between Greece and Turkey—a widely used route for refugees seeking to enter the EU. “Poseidon Sea” will now be extended to the Greek island of Crete, after reports that many migrants coming from North Africa would attempt to cross over from Egypt. 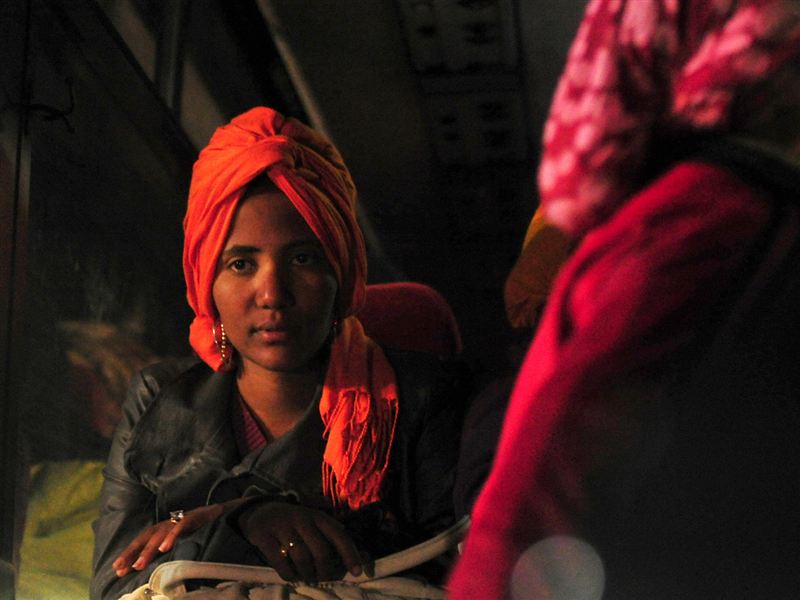 Malta has also asked the EU to activate a “temporary-protection” mechanism, which would allow refugees from Libya to be granted fast-track asylum procedures anywhere in the EU. The EU has not yet responded to the Maltese request. Busuttil, nevertheless, hopes Brussels will do more than just secure the borders.

“A Frontex mission is a mission to secure our external borders. This is good; it’s important,” he said. “But Frontex is not a solidarity mechanism in itself in dealing with people who are fleeing danger.”

Change In Policies
The new wave of refugees has caused some EU members to dramatically alter existing policies. Italy, for example, had previously taken in relatively few migrants from North Africa after making a controversial “push-back” agreement with Qaddafi’s regime in 2009. The agreement allowed Rome to intercept migrants at sea and return them to Libya without assessing their cases.

The International Organization for Migration (IOM), meanwhile, estimates that there were between 500,000 and 1.5 million non-Libyan Africans present in the country before the war broke out. Gil Arias, Frontex’s deputy executive director, says many of them have already fled, or are preparing to flee, to neighboring Egypt and Tunisia.

“There might still be quite an important number of migrants present in Libya who could also try to flee the country, either to Tunisia or to Egypt,” Arias said.

Johannes Van Der Klaauw, a senior resettlement coordinator at the United Nations Refugee Agency (UNHCR), tells RFE/RL that Tunisia and Egypt should not be expected to absorb refugees fleeing Libya.

“The large majority of these people—refugees out of Libya—[need] a solution outside the region. They are refugees. They cannot go home,” Van Der Klaauw said. “In that sense, Tunisia and Egypt cannot be the new asylum countries. They need to be helped, and therefore we need resettlement to the industrial world, to Europe and America.”

Sent Back
Meanwhile, Cecilia Malmstroem, the EU commissioner for home affairs, was in Tunisia last week to discuss the possibility of repatriating some of the migrants who have arrived in the EU from that country in recent months. Speaking at a press conference in Brussels on April 1, Malmstroem stressed that some of those who arrived in Lampedusa from Tunisia were economic migrants who would be sent back.

Van Der Klaauw of the UNHCR says that while some of the economic migrants could be sent back home, more still must be done to assist those in need of international protection. He says he is concerned about the reluctance on the part of EU member states to resettle North African refugees, describing their response to the UNHCR’s appeals as “cautious.”

The EU’s reluctance to accept more refugees has drawn criticism from civil society groups in Europe.

Bjarte Vandvik, secretary-general for the European Council on Refugees and Exiles, chides European leaders as “cynical” and “xenophobic” for cheering on democratic uprisings in North Africa while also reluctant to take in refugees fleeing the chaos.