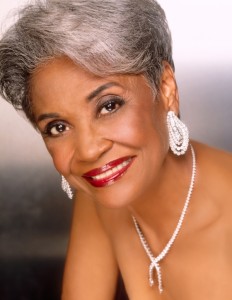 Nancy Wilson (born February 20, 1937) is an American singer with more than 70 albums, and three Grammy Awards. She has been labeled a singer of blues, jazz, cabaret and pop; a “consummate actress”; and “the complete entertainer.” The title she prefers, however, is song stylist. She has received many nicknames including “Sweet Nancy”, “The Baby”, “Fancy Miss Nancy” and “The Girl With the Honey-Coated Voice”.

On February 20, 1937, Wilson was the first of six children born to Olden Wilson, an iron foundry worker, and Lillian Ryan, a domestic worker in Chillicothe, Ohio. Wilson’s father would buy records to listen to at home. At an early age Wilson heard recordings from Billy Eckstine, Nat Cole, and Jimmy Scott with Lionel Hampton’s Big Band. Wilson says: “The juke joint down on the block had a great jukebox and there I heard Dinah Washington, Ruth Brown, LaVerne Baker, Little Esther”. Wilson became aware of her talent while singing in church choirs, imitating singers as a young child, and performing in her grandmother’s house during summer visits. By the age of four, she knew she would eventually become a singer.

At the age of 15, while a student at West High School (Columbus, Ohio), she won a talent contest sponsored by local television station WTVN. The prize was an appearance on a twice-a-week television show, Skyline Melodies, which she ended up hosting. She also worked clubs on the east side and north side of Columbus, Ohio, from the age of 15 until she graduated from West High School at age 17.

Unsure of her future as an entertainer, she entered college to pursue teaching. She spent one year at Ohio’s Central State College (now Central State University) before dropping out and following her original ambitions. She auditioned and won a spot with Rusty Bryant’s Carolyn Club Big Band in 1956. She toured with them throughout Canada and the Midwest in 1956 to 1958. While in this group, Wilson made her first recording under Dots Records.

This article was written with excerpts from Wikipedia, YouTube, Google, et. al.