[I am not white and I am not male. I deal with internal and externalized racism everyday. I found this article to be well-thought out and responsible. That’s what is needed most these days—deep, introspective and big-picture thinking, not knee jerk reactive responses to events and thinking only of the bottom line. ~ JB] 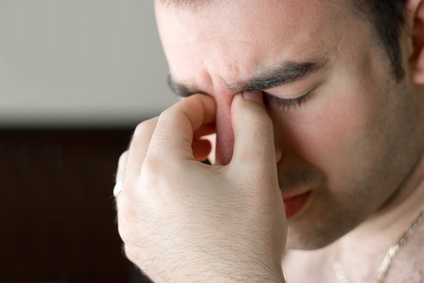 I am white. I have spent years studying what it means to be white in a society that proclaims race meaningless, yet is deeply divided by race. This is what I have learned: Any white person living in the United States will develop opinions about race simply by swimming in the water of our culture. But mainstream sources—schools, textbooks, media—don’t provide us with the multiple perspectives we need.

Yes, we will develop strong emotionally laden opinions, but they will not be informed opinions. Our socialization renders us racially illiterate. When you add a lack of humility to that illiteracy (because we don’t know what we don’t know), you get the break-down we so often see when trying to engage white people in meaningful conversations about race.

Yes, we will develop strong emotionally laden opinions, but they will not be informed opinions. Our socialization renders us racially illiterate.

Mainstream dictionary definitions reduce racism to individual racial prejudice and the intentional actions that result. The people that commit these intentional acts are deemed bad, and those that don’t are good. If we are against racism and unaware of committing racist acts, we can’t be racist; racism and being a good person have become mutually exclusive. But this definition does little to explain how racial hierarchies are consistently reproduced.

Social scientists understand racism as a multidimensional and highly adaptive system—a system that ensures an unequal distribution of resources between racial groups. Because whites built and dominate all significant institutions, (often at the expense of and on the uncompensated labor of other groups), their interests are embedded in the foundation of U.S. society.

While individual whites may be against racism, they still benefit from the distribution of resources controlled by their group. Yes, an individual person of color can sit at the tables of power, but the overwhelming majority of decision-makers will be white. Yes, white people can have problems and face barriers, but systematic racism won’t be one of them. This distinction—between individual prejudice and a system of unequal institutionalized racial power—is fundamental. One cannot understand how racism functions in the U.S. today if one ignores group power relations.

We have organized society to reproduce and reinforce our racial interests and perspectives. Further, we are centered in all matters deemed normal, universal, benign, neutral and good. 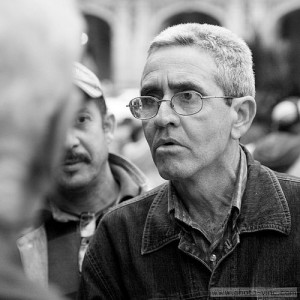 This systemic and institutional control allows those of us who are white in North America to live in a social environment that protects and insulates us from race-based stress. We have organized society to reproduce and reinforce our racial interests and perspectives. Further, we are centered in all matters deemed normal, universal, benign, neutral and good. Thus, we move through a wholly racialized world with an unracialized identity (e.g. white people can represent all of humanity, people of color can only represent their racial selves).

Challenges to this identity become highly stressful and even intolerable. The following are examples of the kinds of challenges that trigger racial stress for white people:

Not often encountering these challenges, we withdraw, defend, cry, argue, minimize, ignore, and in other ways push back to regain our racial position and equilibrium. I term that push back white fragility. 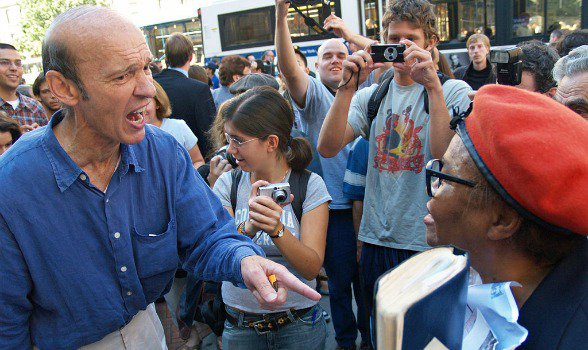 This concept came out of my on-going experience leading discussions on race, racism, white privilege and white supremacy with primarily white audiences. It became clear over time that white people have extremely low thresholds for enduring any discomfort associated with challenges to our racial worldviews.

We can manage the first round of challenge by ending the discussion through platitudes—usually something that starts with “People just need to,” or “Race doesn’t really have any meaning to me,” or “Everybody’s racist.” Scratch any further on that surface, however, and we fall apart.

It became clear over time that white people have extremely low thresholds for enduring any discomfort associated with challenges to our racial worldviews.

Socialized into a deeply internalized sense of superiority and entitlement that we are either not consciously aware of or can never admit to ourselves, we become highly fragile in conversations about race. We experience a challenge to our racial worldview as a challenge to our very identities as good, moral people. It also challenges our sense of rightful place in the hierarchy. Thus, we perceive any attempt to connect us to the system of racism as a very unsettling and unfair moral offense.

The following patterns make it difficult for white people to understand racism as a system and lead to the dynamics of white fragility. While they do not apply to every white person, they are well-documented overall:

In fact, the whiter our schools and neighborhoods are, the more likely they are to be seen as “good.” The implicit message is that there is no inherent value in the presence or perspectives of people of Color. 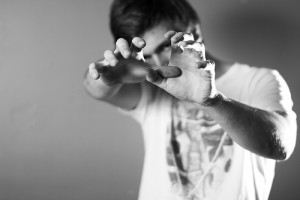 These privileges and the white fragility that results prevent us from listening to or comprehending the perspectives of people of color and bridging cross-racial divides. The antidote to white fragility is on-going and life-long, and includes sustained engagement, humility, and education. We can begin by:

The antidote to white fragility is on-going and life-long, and includes sustained engagement, humility, and education.

“Getting it” when it comes to race and racism challenges our very identities as good white people. It’s an ongoing and often painful process of seeking to uncover our socialization at its very roots. It asks us to rebuild this identity in new and often uncomfortable ways. But I can testify that it is also the most exciting, powerful, intellectually stimulating and emotionally fulfilling journey I have ever undertaken. It has impacted every aspect of my life—personal and professional. 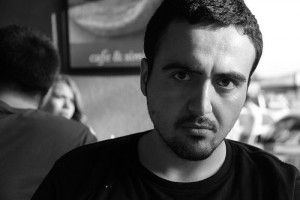 I have a much deeper and more complex understanding of how society works. I can challenge much more racism in my daily life, and I have developed cherished and fulfilling cross-racial friendships I did not have before.

I do not expect racism to end in my lifetime, and I know that I continue to have problematic racist patterns and perspectives. Yet, I am also confident that I do less harm to people of color than I used to. This is not a minor point of growth, for it impacts my lived experience and that of the people of color who interact with me. If you are white I urge you to take the first step—let go of your racial certitude and reach for humility.

White People Commit the Most Heinous Crimes, So Why Is America Terrified of Black Men?

Never mind what people believe—how can we change what they do?

The Race Wealth Gap Is Even Worse Than You Think

In Praise of the Brave People Who Do Good Acts …