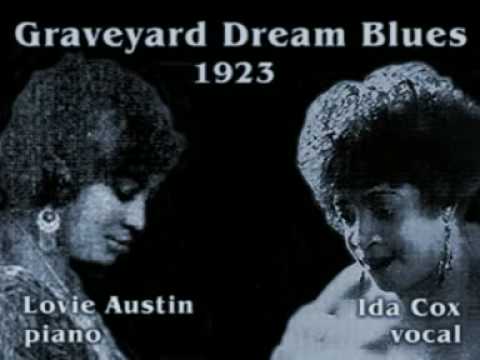 Lovie Austin (September 19, 1887 – July 10, 1972) was an American Chicago bandleader, session musician, composer, and arranger during the 1920s classic blues era. She and Lil Hardin Armstrong are often ranked as two of the best female jazz blues piano players of the period. Mary Lou Williams cited Austin as her greatest influence.

Life and career
Born Cora Calhoun in Chattanooga, Tennessee, she studied music theory at Roger Williams University and Knoxville College in Knoxville, Tennessee. In 1923, Lovie Austin decided to make Chicago her home, and she lived and worked there for the rest of her life. She was often seen racing around town in her Stutz Bearcat with leopard skin upholstery, dressed to the teeth. Her early career was in vaudeville where she played piano and performed in variety acts. Accompanying blues singers was Lovie’s specialty, and can be heard on recordings by Ma Rainey (“Moonshine Blues“), Ida Cox (“Wild Women Don’t Have the Blues”), Ethel Waters (“Craving Blues”), and Alberta Hunter (“Sad ‘n’ Lonely Blues”).

She led her own band, the Blues Serenaders, which usually included trumpeters Tommy Ladnier, Bob Shoffner, Natty Dominique, or Shirley Clay on cornet, Kid Ory or Albert Wynn on trombone, and Jimmy O’Bryant or Johnny Dodds on clarinet, along with banjo and occasional drums. Austin worked with many other top jazz musicians of the 1920s, including Louis Armstrong. Austin’s skills as songwriter can be heard in the classic “Down Hearted Blues,” a tune she co-wrote with Alberta Hunter. Singer Bessie Smith turned the song into a hit in 1923. Austin was also a session musician for Paramount Records.

When the classic blues craze began to wither in the early 1930s, Austin settled into the position of musical director for the Monogram Theater, at 3453 South State Street in Chicago where all the T.O.B.A. acts played. She worked there for 20 years. After World War II she became a pianist at Jimmy Payne’s Dancing School at Penthouse Studios, and performed and recorded occasionally. In 1961 she recorded Alberta Hunter with Lovie Austin’s Blues Serenaders, as part of Riverside’s Living Legends series. Austin’s songs included “Sweet Georgia Brown“, “C Jam Blues” and “Gallon Stomp.