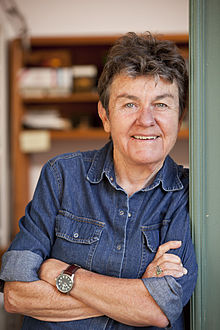 Kay Ryan (born September 21, 1945) is an American poet and educator. She has published seven volumes of poetry and an anthology of selected and new poems. From 2008 to 2010 she was the sixteenth United States Poet Laureate. In 2011 she was named a MacArthur Fellow and she won the Pulitzer Prize.

Ryan was born in San Jose, California, and was raised in several areas of the San Joaquin Valley and the Mojave Desert. After attending Antelope Valley College, she received bachelor’s and master’s degrees in English from University of California, Los Angeles. Since 1971, she has lived in Marin County, California, and has taught English part-time at the College of Marin in Kentfield. Carol Adair, who was also an instructor at the College of Marin, was Ryan’s partner from 1978 until Adair’s death in 2009.

Her first collection, Dragon Acts to Dragon Ends, was privately published in 1983 with the help of friends. While she found a commercial publisher for her second collection, Strangely Marked Metal (1985), her work went nearly unrecognized until the mid-1990s, when some of her poems were anthologized and the first reviews in national journals were published. She became widely recognized following her receipt of the Ruth Lilly Poetry Prize in 2004, and published her sixth collection of poetry, The Niagara River, in 2005.

In July 2008, the U.S. Library of Congress announced that Ryan would be the sixteenth Poet Laureate Consultant in Poetry to the Library of Congress for a one-year term commencing in Autumn 2008. She succeeded Charles Simic. In April 2009, the Library announced that Ryan would serve a second one-year term extending through May 2010. She was succeeded by W.S. Merwin in June 2010. 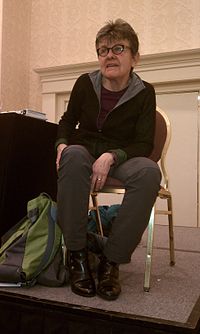 Honors and awards
Ryan’s awards include a 1995 award from the Ingram Merrill Foundation, the 2000 Union League Poetry Prize, the 2001 Maurice English Poetry Award for her collection Say Uncle, a fellowship in 2001 from the National Endowment for the Arts, a 2004 Guggenheim Fellowship, and the 2004 Ruth Lilly Poetry Prize. Her poems have been included in three Pushcart Prize anthologies, and have been selected four times for The Best American Poetry; “Outsider Art” was selected by Harold Bloom for The Best of the Best American Poetry 1988–1997. Since 2006, Ryan has served as one of fourteen Chancellors of The Academy of American Poets. On January 22, 2011, Ryan was listed as a finalist for a 2011 National Book Critics Circle Award. On April 18, 2011, she won the annual Pulitzer Prize for Poetry, calling her collection The Best of It: New and Selected Poems (Grove Press) “a body of work spanning 45 years, witty, rebellious and yet tender, a treasure trove of an iconoclastic and joyful mind.”

In 2013, she received a 2012 National Humanities Medal from President Barack Obama.