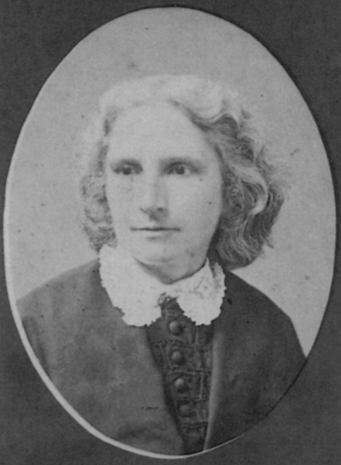 Whitney and her companion, Addy Manning, lived abroad in the 1860s and 1870s, in Rome, Florence, and Paris. Associated with a group of female artists described as the “white, marmorean flock” by Henry James, Whitney’s life abroad is well documented by more than 400 letters she sent to her family, now among more than 4,000 letters, photographs, and other documentation in the Anne Whitney Archive at Wellesley College. Among her well-known public monuments is the statue of Samuel Adams (1876) located in the National Statuary Hall Collection in the US Capitol, Washington D.C.; another is the statue of Leif Ericson (1887) in Boston, another edition of which was that same year placed in Juneau Park, Milwaukee, Wisconsin.

The article “Mapping the ‘White Marmorean Flock’: Anne Whitney Abroad, 1866–1867,” uses Whitney’s extensive correspondence to create a timeline and associated maps of two trips Whitney made in Europe during this period.