“I wanted children now to understand more about the beginnings of things, to know what is behind the things they see—what it is that made America as they know it.”
—Laura Ingalls Wilder 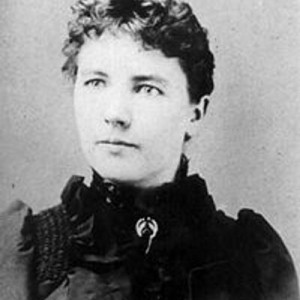 Early Life
Laura Ingalls Wilder was born on February 7, 1867, to Charles and Caroline Ingalls in their log cabin just outside of Pepin, Wisconsin. In her books, Wilder would later come to call the cabin “The Little House in the Big Woods.” Two years after her birth, in 1869, her family moved to Kansas, which would become the setting for her book Little House on the Prairie. She was one of four children. She had an older sister named Mary; two younger sisters, Carrie and Grace; and a younger brother named Charles, who died at nine months old.

Wilder described her early years as “full of sunshine and shadow.” When she was growing up, she and her pioneer family repeatedly moved from one Midwestern town to the next. In 1874, they moved from Wisconsin to Walnut Grove, Minnesota. Although the Ingalls family initially stayed in Walnut Grove for only two years before a failed crop forced them to move to Burr Oak, Iowa, Walnut Grove became the setting of Little House on the Prairie (1974–1982), a television show based on Laura Wilder’s life.

In the autumn of 1878, the Ingalls family returned to Walnut Grove. In 1879, they moved yet again, becoming homesteaders in the Dakota Territory, and eventually settling in De Smet, South Dakota.

Teaching Career
Because they had moved so often, Wilder and her siblings mainly taught themselves and each other. They attended local schools whenever they could. Her decision to become a teacher herself was largely an economic one. Her family needed the additional income, especially with Wilder’s older sister Mary away at a school for the blind. In 1882, Wilder passed the test to obtain her teaching certificate. Just 15 years old, she signed on to teach at a one-room country schoolhouse 12 miles from her parents’ home, the first of several teaching jobs. During her time teaching at Bouchie School, her parents often sent a family friend named Almanzo Wilder to pick her up and bring her home for weekend visits.

Marriage and Children
Over the course of their wagon rides home, Laura and Almanzo fell in love. On August 25, 1885, the two were married at a congregational church in South Dakota. Afterward, Laura quit teaching to raise children and help Almanzo work the farm. In the winter of 1886, Laura gave birth to a daughter, Rose. In August of 1889 she had a son who tragically died within a month of his birth. Not long after, Almanzo contracted diphtheria and was partially paralyzed. To make matters worse, in 1890, the Wilders’ home burned to the ground.

After four years of drifting from place to place, in 1894 the Wilders bought a 200-acre farm in the Ozarks of Mansfield, Missouri. On Rocky Ridge Farm, as they came to call it, the Wilders built a farmhouse, raised livestock and did all their own farm work. 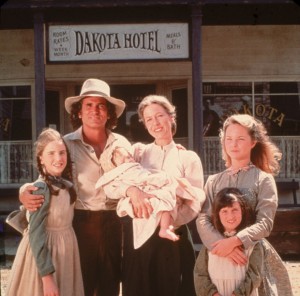 The ‘Little House’ Series
In the 1910s Wilder’s daughter, Rose Wilder Lane, by then grown up and a reporter for the San Francisco Bulletin, encouraged her mother to write about her childhood. In the 1920s, Wilder’s first attempt at writing an autobiography, called Pioneer Girl, was uniformly rejected by publishers. Determined to succeed, Wilder spent the next several years reworking her writing, including switching the title and changing the story to be told from the third-person perspective.

Later Life and Death
In 1949, when Almanzo died, Wilder stayed on at Rocky Ridge, reading and responding to her readers’ fan mail. On February 10, 1957, she died on the farm in Mansfield, Missouri. Following Wilder’s death, Rose edited and published several posthumous works based on her mother’s diary and incomplete manuscripts.

Little House on the Prairie, a television show based on Laura Wilder’s life, aired in 1974 and ran until 1982. Children and adults across the country followed Laura’s tragedies and triumphs, watching as actress Melissa Gilbert, in her spunky yet earnest portrayal, grew up on the screen. The show generated further interest in Wilder, and helped spawn new generations of “Little House” readers. (Biography.com)