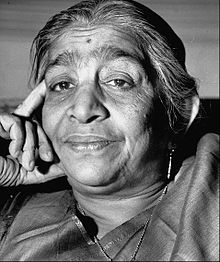 Sarojini Naidu, (born as Sarojini Chattopadhyaya) also known by the sobriquet as The Nightingale of India, was a child prodigy, Indian independence activist and poet. Sarojini Naidu was one of the formers of the Indian Constitution., and the first Governor of the United Provinces from 1947 to 1949, the first woman to become the governor of an Indian state. Her birthday is celebrated as Women’s Day all over India.

Sarojini Naidu was born in Hyderabad in a Bengali Hindu Kulin Brahmin family to Aghore Nath Chattopadhyay and Barada Sundari Debi on 13 February 1879. Her father was a carpenter of Science from Edinburgh University, settled in Hyderabad State, where he founded and administered the Hyderabad College, which later became the Nizam’s College in Hyderabad. Her mother was a poetess and used to write poetry in Bengali. Sarojini Naidu was the eldest among the eight siblings. Her brother Birendranath was a revolutionary and her other brother, Harindranath was a poet, dramatist, and actor.

Sarojini Naidu joined the Indian national movement in the wake of partition of Bengal in 1905. She came into contact with Gopal Krishna Gokhale, Rabindranath Tagore, Muhammad Ali Jinnah, Annie Besant, C. P. Ramaswami Iyer, Mahatma Gandhi and Jawaharlal Nehru. During 1915-1918, she travelled to different regions in India delivering lectures on social welfare, women’s empowerment and nationalism. She also helped to establish the Women’s Indian Association (WIA) in 1917. She was sent to London along with Annie Besant, President of WIA, to present the case for the women’s vote to the Joint Select Committee. 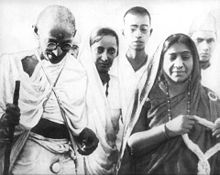 Naidu died of a heart attack while working in her office in Lucknow on March 2, 1949.

[information here was gathered from Wikipedia]