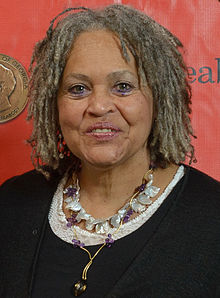 Early life
Alberta Charlayne Hunter was born in Due West, South Carolina, daughter of Charles S. H. Hunter, Col., U.S. Army, a regimental chaplain, and his wife, the former Althea Brown.
In 1961, Athens, Georgia, witnessed part of the civil rights movement when Charlayne Hunter and Hamilton Holmes became the first two African-American students to enroll in the University of Georgia. She graduated in 1963.

Career
In 1967, Hunter joined the investigative news team at WRC-TV, Washington, D.C., and anchored the local evening news. In 1968, Hunter-Gault joined The New York Times as a metropolitan reporter specializing in coverage of the urban African-American community. She joined The MacNeil/Lehrer Report in 1978 as a correspondent, becoming The NewsHour’s national correspondent in 1983. She left The NewsHour with Jim Lehrer in June 1997. She worked in Johannesburg, South Africa, as National Public Radio’s chief correspondent in Africa from 1997 to 1999. Hunter-Gault left her post as CNN’s Johannesburg bureau chief and correspondent in 2005,which she had held since 1999, though she still regularly appeared on the station, and others, as an Africa specialist. 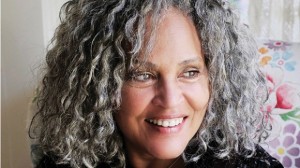 During her association with The NewsHour, Hunter-Gault won additional awards: two Emmys and a Peabody for excellence in broadcast journalism for her work on Apartheid’s People, a NewsHour series on South Africa. She also received the 1986 Journalist of the Year Award from the National Association of Black Journalists, the 1990 Sidney Hillman Award, the Good Housekeeping Broadcast Personality of the Year Award, the American Women in Radio and Television Award, and two awards from the Corporation for Public Broadcasting for excellence in local programming. She has been a member of the Peabody Awards Board of Jurors since 2009 and serves on the Board of Trustees at the Carter Center.

Hunter-Gault is author of In My Place (1992), a memoir about her experiences at the University of Georgia.

Personal life
Shortly before she graduated from the University of Georgia, Hunter married a white classmate, Walter L. Stovall, the writer son of a chicken-feed manufacturer. The couple were first married in March 1963 and then remarried in Detroit, Michigan, on June 8, 1963, because they believed the first ceremony might be considered invalid as well as criminal, based on the laws of the unidentified state in which they had been married. Once the marriage was revealed, the governor of Georgia called it “a shame and a disgrace,” while Georgia’s attorney general made public statements about prosecuting the mixed-race couple under Georgia law. News reports quoted the parents of both bride and groom as being against the marriage for reasons of race. Years later, after the couple’s 1972 divorce, Hunter-Gault gave a speech at the university in which she praised Stovall, who, she said, “unhesitatingly jumped into my boat with me. He gave up going to movies because he knew I couldn’t get a seat in the segregated theaters. He gave up going to the Varsity because he knew they would not serve me…. We married, despite the uproar we knew it would cause, because we loved each other.” Shortly after their marriage, Stovall was quoted as saying, “We are two young people who found ourselves in love and did what we feel is required of people when they are in love and want to spend the rest of their lives together. We got married.” The couple had one daughter, Suesan Stovall, a singer (born December 1963).

Following her divorce from Walter Stovall, Hunter married Ronald T. Gault, an African-American businessman who was then a program officer for the Ford Foundation; he is now an investment banker and consultant. The couple lived in Johannesburg, South Africa, where they also produce wine for a label called Passages. After moving back to the United States, the couple maintained a home in Massachusetts, where they remained active supporters of the arts. They have one son, Chuma Gault, an actor (born 1972).