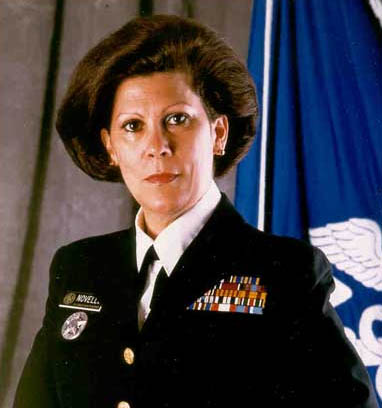 During her years at NIH, Novello earned an M.P.H. degree from the John Hopkins School of Hygiene and Public Health in 1982. From 1976, she also held a clinical appointment in pediatrics at Georgetown University Hospital. Novello also made major contributions to the drafting and enactment of the Organ Transplantation Procurement Act of 1984 while assigned to the Senate Committee on Labor and Human Resources.

Antonia Novello was appointed Surgeon General by President Bush, beginning her tenure on March 9, 1990. She was the first woman and the first Hispanic to hold the position. 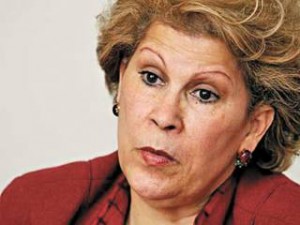 During her tenure as Surgeon General, Novello focused her attention on the health of women, children and minorities, as well as on underage drinking, smoking, and AIDS. She played an important role in launching the Healthy Children Ready to Learn Initiative. She was actively involved in working with other organizations to promote immunization of children and childhood injury prevention efforts. She spoke out often and forcefully about illegal underage drinking, and called upon the Health and Human Services Inspector General to issue a series of eight reports on the subject. Novello also similarly worked to discourage illegal tobacco use by young people, and repeatedly criticized the tobacco industry for appealing to the youth market through the use of cartoon characters such as “Joe Camel.” A workshop that she convened led to the emergence of a National Hispanic/Latino Health Initiative.

Novello remained in the post of Surgeon General through June 30, 1993. She then served as the United Nations Children’s Fund (UNICEF) Special Representative for Health and Nutrition from 1993 to 1996. In 1996, she became Visiting Professor of Health Policy and Management at the Johns Hopkins School of Hygiene and Public Health. Dr. Novello became Commissioner of Health for the State of New York in 1999.