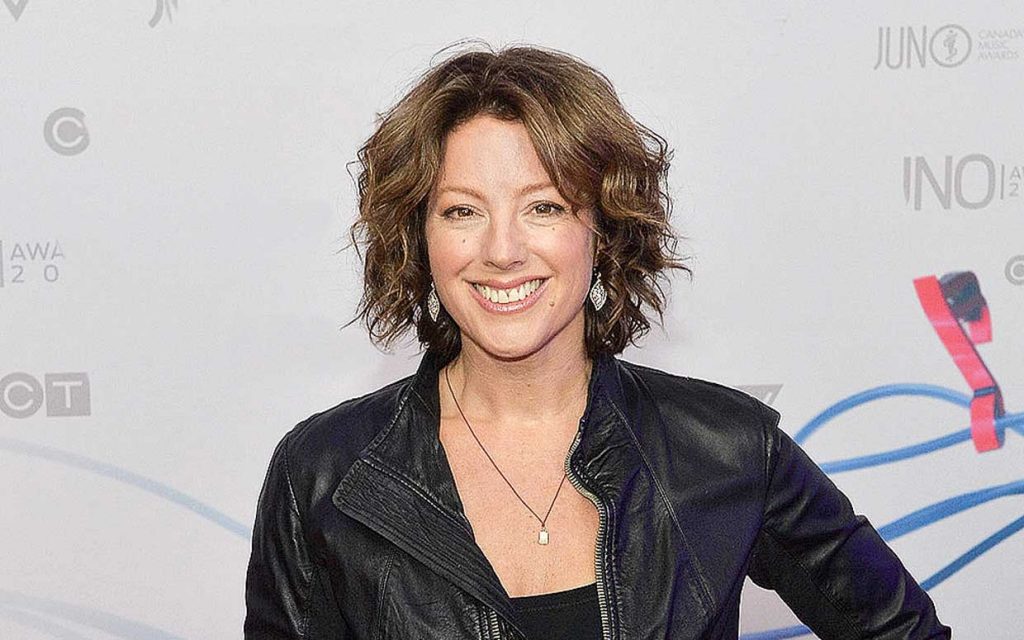 Sarah Ann McLachlan, OC, OBC (born 28 January 1968) is a Canadian musician, singer-songwriter, pianist and guitarist. Known for her emotional ballads and mezzo-soprano vocal range, as of 2009, she has sold over 30 million albums worldwide. McLachlan’s best-selling album to date is Surfacing, for which she won two Grammy Awards (out of four nominations) and four Juno Awards. In addition to her personal artistic efforts, she founded the Lilith Fair tour, which showcased female musicians on an unprecedented scale. The Lilith Fair concert tours took place from 1997 to 1999, and resumed in the summer of 2010. On 6 May 2014, she released her first album of original music in four years, titled Shine On. (Wikipedia)

Early Life
Known for such folk-rock ballads as “I Will Remember You,” “Building a Mystery” and “Angel,” Sarah McLachlan has been a popular fixture on the music scene for decades.
The adopted daughter of a marine biologist, McLachlan chose music over science at an early age. She began singing around the age of 4, and spent her youth immersed in the study of voice, guitar, and piano. For a time, McLachlan played in a new wave band called October Game. She was only 17 years old when the group was offered a recording contract with Nettwerk Records. This deal fell through, but McLachlan signed with Nettwerk two years later as a solo artist.

Career Breakthrough
In 1988, McLachlan released her first album, Touch, in her native Canada. She scored a hit with the song “Vox,” an up-tempo yet mystical-sounding single that examined the end of a relationship. McLachlan then had a career breakthrough in the United States in 1994 with the album Fumbling Toward Ecstasy, which made it onto the contemporary charts. One of the album’s most popular and haunting tracks, “Possession,” was reportedly inspired by the singer’s experience of being stalked by a fan.

Maturing Artist
With her next release, 1997’s Surfacing, McLachlan enjoyed even greater success. It sold more than 7 million copies, buoyed by the popularity of such songs as “Building a Mystery,” “Adia” and “Angel.”

That same year, McLachlan co-founded Lilith Fair, a summer concert series that showcased the talents of female artists, including A-listers like Suzanne Vega, Tracy Chapman, Paula Cole and the Indigo Girls. Along with promoting awareness about women’s issues, the tour turned out to be a big success. Over three summers, Lilith Fair was attended by 2 million people and raised more than $10 million for charity. McLachlan revived the tour in 2010 but with mixed results.

In 1998, McLachlan won two Grammy Awards—for the instrumental “Last Dance” and the other for “Building a Mystery.” She took home another Grammy Award the following year for the touching ballad “I Will Remember You,” which was featured on the soundtrack on The Brothers McMullen.

Established Career & Personal Life
While she continued to tour and to release live recordings and compilations, McLachlan did not put out another studio album until 2003, after she and husband Ashwin Sood welcomed their daughter, India. Her next album, Afterglow, reflected a greater maturity for McLachlan as an artist.

For someone who usually explored personal emotions, McLachlan tackled larger themes on the album with the song “World on Fire.” She chose not to use a slick production style for the song’s accompanying music video. Instead, the video contrasted the costs of making a video to the costs associated with food and medical supplies in poorer nations. The director, Sophie Muller, and the rest of the crew donated their fees from the project—roughly $150,000—to 11 charities.

McLachlan explored the holidays with Wintersong in 2006, covering seasonal hits and traditional standards. The timing of her next studio album, 2010’s Laws of Illusion, coincided with a difficult period in her life. The news of her impending divorce from her husband broke just as the album was set to be released. By this time, the couple had two daughters together. Their youngest, Taja, was born in 2007.

McLachlan’s personal struggles served as inspiration for her latest work, which featured songs about “the strength of hard-earned independence; the trials of love won, lost and found anew; and the infinite joys of living,” according to her website. To support the album, McLachlan toured extensively, including a summer revival of Lilith Fair in 2010. That same year, her song “One Dream” served as the theme song of the 2010 Winter Olympics in Vancouver.

During her lengthy career, McLachlan has sold more than 40 million records worldwide.

Philanthropy
Besides music, McLachlan is also known for her avid support for the animal welfare organization, the ASPCA, in which her hit “Angel” is famously featured in one of its advertisements. Over the years she’s also contributed her talents to disaster relief, AIDS charities and music education non-profit organizations. (Biography.coom)