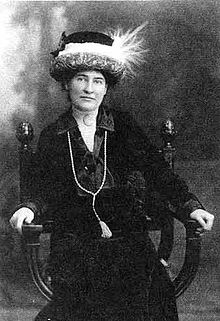 Cather grew up in Virginia and Nebraska, and graduated from the University of Nebraska–Lincoln. She lived and worked in Pittsburgh for ten years.[4] At the age of 33 she moved to New York City, her primary home for the rest of her life, though she also traveled widely and spent considerable time at her summer residence in New Brunswick, Canada. (Wikipedia)

Willa Cather told her readers “there are only two or three human stories and they go on repeating themselves as fiercely as if they had never happened before.” Cather herself spent her life acting out one of the oldest stores of them all—the tale of the proud, imaginative, strong, intelligent woman who is expected to subject herself to domesticity and a man’s power. She couldn’t do it.

Her first approach to the problem was to behave like a man. She called herself William, wore a crew cut, dressed in boy;s clothes, and dreamed of becoming Billy Cather, M.D., but soon she moved toward a more socially acceptable role. She retained her natural assertiveness and preference for women as sexual partners, but now she began to play the role of the single career woman who had close female “companions.” This role, unlike her former one, could be overlooked by the more circumspect members of society. It was a little strange for a woman to be so dedicated to her work, but single women were always a little odd, and anyone with a delicate “conscience” could choose to think Cather was asexual rather than lesbian.

After college, Cather was a journalist and a teacher, but she decided early that she wanted to write fiction. She published a collection of poems in 1903, a book of short stories in 1905, and her first novel, Alexander’s Bridge, in 1912. Her works include some of the best books in American literature, among them My Antonia and Death Comes for the Archbishop. She was especially good at creating strong, likable, believable, independent heroines whose romances were far less important than their pioneering spirits and wills to survive. (Remember the Ladies, Kirstin Olsen. The Main Street Press, Pittstown, New Jersey, 1988. p205.)