Soul singer Warwick became a superstar with early hits like “Walk On By” and “I Say a Little Prayer,” and later with albums like Dionne and Heartbreaker.

“I really attribute it to remaining who I am and not jumping ship, being completely cognizant of what the people … are accustomed to hearing from me.”[On her longevity as a musician.]” ~ —Dionne Warwick 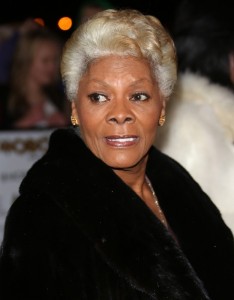 Dionne Warwick sang in a gospel trio before recording her first hit songs, including “Walk on By” and “I Say a Little Prayer.” After a lull in her career in the 1970s, her album Dionne (1979) sold a million copies. She went on to release the albums Heartbreaker (1982) and How Many Times Can We Say Goodbye? (1983). In 2012, Warwick celebrated her 50th anniversary in the music business with the album Now. She filed for bankruptcy the following year.

Early Life
Born Marie Dionne Warrick on December 12, 1940, in East Orange, New Jersey, Dionne Warwick has enjoyed a tremendously long career as a singer. She comes from a gospel musical background as the daughter of a record promoter and a gospel group manager and performer. As a teenager, Warwick started up her group, the Gospelaires, with her sister, Dee Dee, and aunt Cissy Houston.

After finishing high school in 1959, Warwick pursued her passion at the Hartt College of Music in Hartford, Connecticut. She also landed some work with her group singing backing vocals for recording sessions in New York City. During one session, Warwick met Burt Bacharach. Bacharach hired her to record demos featuring songs written by him and lyricist Hal David. A record executive liked Warwick’s demo so much that Warwick got her own record deal.

Top Pop Vocalist
In 1962, Warwick released her first single, “Don’t Make Me Over.” It became a hit the following year. A typo on the record led to an accidental name. Instead of “Dionne Warrick,” the label read “Dionne Warwick.” She decided to keep the new moniker and went on to greater chart success. In 1964, Warwick had two Top 10 singles with “Anyone Who Had a Heart” and “Walk On By”—both penned by Bacharach and David. “Walk On By” was also her first No. 1 R&B hit.

More hits, including many written by Bacharach and David, followed as the 1960s progressed. “Message to Michael” made the Top 10 in 1966, and her version of “I Say A Little Prayer” climbed as high as the No. 4 spot the following year. Warwick also found great success with her contributions to movie soundtracks. The theme song for the 1967 film Alfie, starring Michael Caine, was a solid success for her, as was “Valley of the Dolls,” from the 1968 movie of the same name.

In 1968, Warwick had other hits, including her trademark tune “Do You Know the Way to San Jose,” which earned Warwick her first Grammy Award. That same year, Warwick made history as the first African-American woman to perform for Queen Elizabeth II in England.

Later Successes
Warwick reached the top of the pop charts for the first time in 1974 with “Then Came You,” which she recorded with the Spinners. But then Warwick suffered a career slump for several years. In 1979, she made a triumphant return to the charts with the ballad “I’ll Never Love This Way Again.” She also soon became a fixture on television with the music program Solid Gold, which she hosted in the early 1980s. Warwick also had several successful collaborative efforts. In 1982, she made the charts with “Friends In Love” with Johnny Mathis, and “Heart Breaker” with Barry Gibb.

Around this time, Warwick scored one of the biggest hits of her career with “That’s What Friends Are For.” Stevie Wonder, Elton John and Gladys Knight also appeared on this 1985 No. 1 hit, which was an AIDS charity single written by Bacharach and Carole Bayer Sager. “Love Power,” her duet with Jeffrey Osbourne two years later, marked her next major hit. 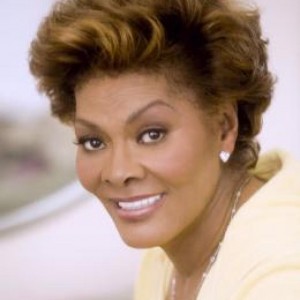 Troubled Times
Warwick encountered some challenges beginning in the 1990s. It was revealed in the late 1990s that she had a lien against her for unpaid taxes. In 2002, she was arrested in a Miami airport for possession of marijuana. She lost her sister, Dee Dee, in 2008, and her cousin, Whitney Houston, four years later. Despite these personal losses, Warwick continued to perform and to record new music.

In 2012, Warwick celebrated her 50th year in music with the album Now. The recording features songs written by Bacharach and David. She once explained her longevity to Jet magazine, saying, “I really attribute it to remaining who I am and not jumping ship, being completely cognizant of what the people … are accustomed to hearing from me.”

Warwick’s personal life overshadowed her musical talents the following year. In March 2013, she made headlines when she declared bankruptcy. Warwick owned more than $10 million in unpaid taxes, but she stated that she only $1,000 in cash and $1,500 in personal property. According to CNN, her spokesperson explained that her economic crisis was because of “negligent and gross financial mismanagement” during the late 1980s through to the mid-1990s.

Personal Life
In 2011, the New Jazz style CD Only Trust Your Heart was released, featuring many Sammy Cahn songs. In March 2011, Warwick appeared on The Celebrity Apprentice 4. Her charity was the Hunger Project. She was dismissed from her “apprenticeship” to Donald Trump during the fourth task of the season. In February 2012, Warwick performed “Walk On By” on The Jonathan Ross Show. She also received the Goldene Kamera Musical Lifetime Achievement Award in Germany and performed “That’s What Friends Are For” at the ceremony.

On May 28, 2012, Warwick headlined the World Hunger Day concert at London’s Royal Albert Hall. She sang “One World One Song”, specially written for the Hunger Project by Tony Hatch and Tim Holder and was joined by Joe McElderry, the London Community Gospel Choir and a choir from Woodbridge School, Woodbridge, Suffolk.
In 2012, the 50th anniversary CD entitled NOW was released; Warwick recorded 12 Bacharach/David tracks produced by Phil Ramone.

On September 19, 2013, she collaborated with country singer Billy Ray Cyrus for his song “Hope Is Just Ahead”.

In 2014, the duets album Feels So Good was released. Funkytowngrooves re-issued the remastered Arista albums No Night So Long, How Many Times Can We Say Goodbye (“So Amazing”), and Finder of Lost Loves (“Without Your Love”), all expanded with bonus material.

A Heartbreaker two-disc expanded edition was planned for a 2016 release by Funkytowngrooves, which would include the original Heartbreaker album and up to 15 bonus tracks consisting of a mixture of unreleased songs, alternate takes, and instrumentals, with more remastered and expanded Arista albums to follow. In 2016, she was inducted into the Rhythm & Blues Hall of Fame.

In 2017, she performed a benefit in Chicago for the Center on Halstead, an organization that contributes to the LGBTQ community. This event was co-chaired by Rahm Emanuel and Barack Obama.

2020s to present
In 2020, she appeared as the Mouse on season 3 of The Masked Singer. Despite being eliminated in the second round, Warwick came back during the first part of the season three finale to sing “What the World Needs Now is Love” with the finalists Night Angel, Frog and Turtle as a tribute to the healthcare workers working on the front lines during the coronavirus pandemic. This performance was created after the season wrapped production in March. Wikipedia

Warwick has two sons, David and Damon Elliot, from her marriage to actor and musician William David Elliot. She has worked with both of her sons on different projects over the years. (Biography.com)